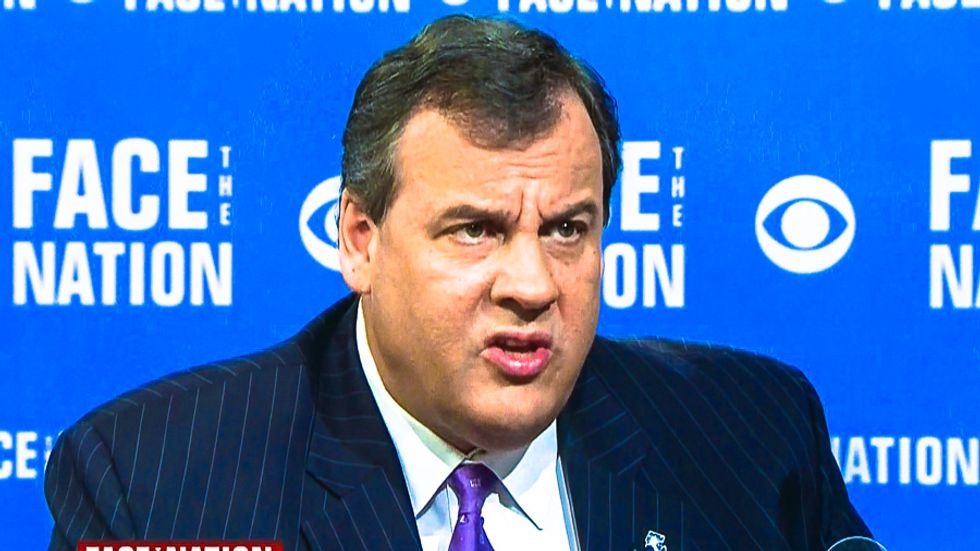 New Jersey Governor Chris Christie is barred by state law from running for a third consecutive four-year term this year, but the unpopular former Republican presidential candidate remains a central figure in the campaign to replace him.

Voters head to the polls on Tuesday to choose Republican and Democratic nominees to succeed Christie, whose approval ratings have hit historic lows. He has been accused of spending too much time out of state during the 2016 presidential campaign and tarnished by the so-called Bridgegate lane closure scandal.

The lieutenant governor, Kim Guadagno, is the front-runner in the primary election on the Republican side, while Phil Murphy, a former Goldman Sachs Group Inc executive who served as U.S. ambassador to Germany under former President Barack Obama, holds a solid lead in polling among the Democrats.

Guadagno, who won election as the state's first lieutenant governor alongside Christie in 2009, was Monmouth County's first elected female sheriff and, like Christie, served as a federal prosecutor.

With Christie absent frequently during the presidential campaign, Guadagno has already spent months as acting governor. But she has also faced criticism from her opponents based on her association with the unpopular Republican incumbent.

As a result, Guadagno, 58, has tried to execute a balancing act, distancing herself from Christie on some issues like his $300 million proposal to renovate the aging statehouse in Trenton while taking credit for the state's low unemployment figures.

"In most situations where you have a second-in-command, that person will enjoy some incumbency advantage," said Brigid Callahan Harrison, a political science professor at Montclair University in New Jersey. "In fact, what we see is the exact opposite. His enormous unpopularity is an albatross around her candidacy."

At a recent debate, Guadagno sparred with her main Republican rival, Assemblyman Jack Ciatterelli, over the latter's plan to hike taxes on millionaires. Guadagno has vowed not to raise any taxes.

Ciatterelli, 55, has criticized Christie, and by extension Guadagno, for the state's repeated credit rating downgrades in the face of budget problems.

The latest Stockton University poll, released last week, gave Guadagno 37 percent support among primary voters, with Ciatterelli trailing at 18 percent. About a third of those polled, however, said they remained undecided.

On the Democratic side, Murphy, 59, appears likely to capture the nomination after significantly outspending his opponents. He has loaned $15 million to his own campaign, and the money has given him an advantage in advertising.

Murphy also enjoys support from both New Jersey and national Democratic leaders. Former Vice President Joe Biden campaigned with him this week, and all 21 New Jersey county Democratic organizations have endorsed him.

His opponents have criticized his Wall Street background and campaign spending, but he had 34 percent support in the latest Stockton University poll, as much as all other candidates combined.

Jim Johnson, 56, a lawyer and former U.S. Treasury Department official under former President Bill Clinton, had 10 percent in that poll, after running as an "outsider" candidate.

Assemblyman John Wisniewski, who helped lead the legislature's investigation into the Bridgegate scandal, was at 9 percent.

Christie has denied any involvement in the Bridgegate plot, but the scandal continued to dog him. Two former associates were convicted in November of scheming to close down lanes at the George Washington Bridge in 2013 to punish a mayor for failing to endorse Christie's re-election campaign.

Wisniewski, who chaired the state campaign for former Democratic presidential candidate Bernie Sanders, appeared poised to challenge Murphy, a Hillary Clinton supporter, from the left. But in a state where Clinton easily defeated Sanders in 2016, he has failed to garner a groundswell of support.

All the Democratic candidates have endorsed a fairly liberal agenda, including a $15 minimum wage and marijuana legalization.

The Democractic primary winner will seek to tie the Republican nominee to Christie and by extension to U.S. President Donald Trump. Christie was among the first prominent Republicans to back Trump's candidacy last year.

Murphy's final TV ad of the primary season, airing in the days before Tuesday's election, appealed to voters to "stop Donald Trump's assault on our values."

The primary winners will compete in a Nov. 7 election.