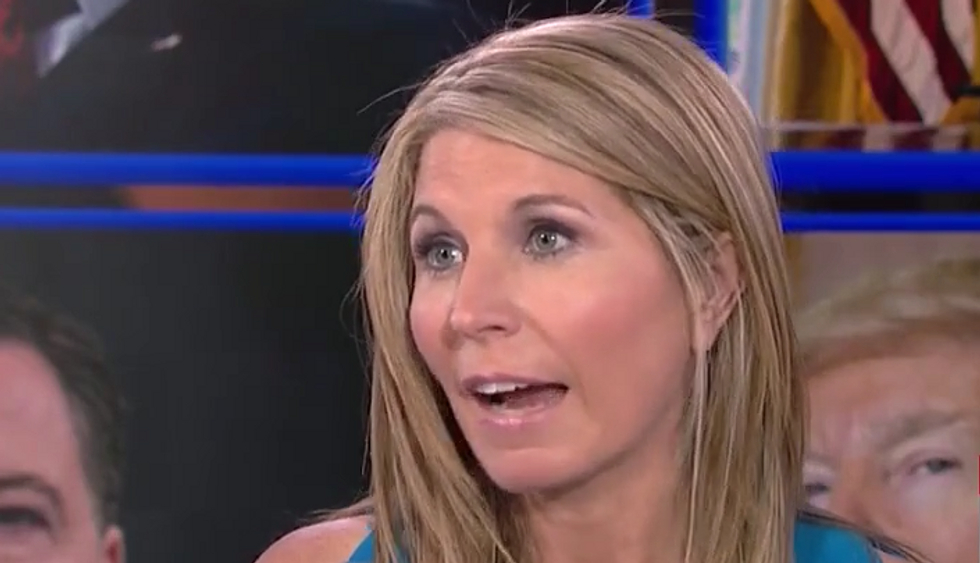 While noting that the Trump White House had a dearth of quality, respected surrogates out defending the president's actions in the wake of Comey's testimony, Wallace said that it was particularly sad that Trump had to rely on Donald Trump Jr. to be his main attack dog.

"The idea of [Trump Jr.] being the only person... channeling this president and attacking the character of Comey, I think, speaks for itself," she said. "This is a president without a lot of defenders in Congress, without a lot of defenders in the law enforcement community, and a 'normal' White House, on a day like today, would have former attorneys general and former people in law enforcement making legal arguments."

Wallace then dropped the hammer on Trump Jr. by mocking his notorious passion for hunting animals and posing for photos with their corpses as trophies.

"A guy who kills baby elephants for kicks to be giving James Comey a lesson in character is rich at best, and pathetic at worst," she said.