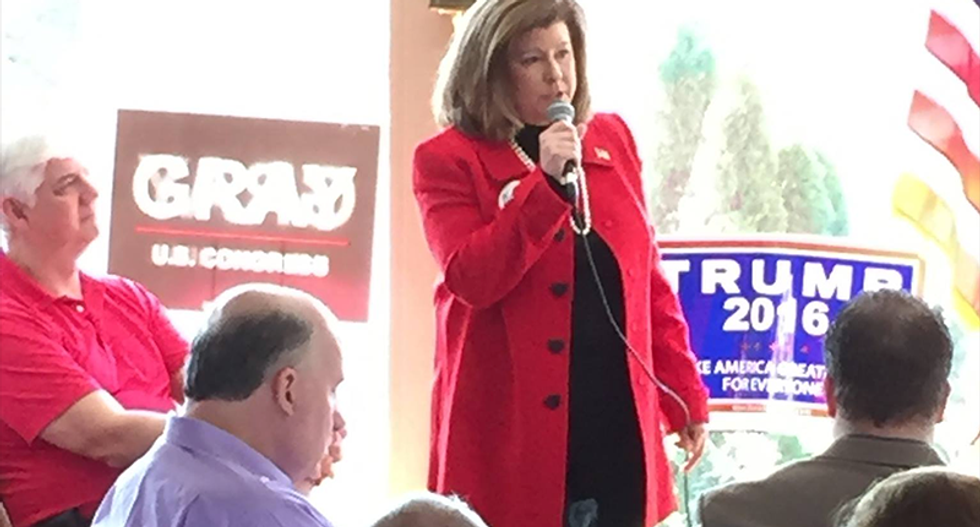 The polls are closing in Georgia following the most expensive congressional election in American history. As results are announced, there's significant controversy over the credibility of those results.

"Georgia's voting issues aren't rooted in any specific hacking threat," reports Wired. "The problem instead lies in the state's inability to prove if fraud or tampering happened in the first place."

The state of Georgia has 27,000 voting machines from the now-defunct Premier Election Systems (formerly known as Diebold) and 6,000 ExpressPoll machines -- also made by Diebold. None of the machines have a paper trail.

“You have an un-provable system," says Pamela Smith, president of Verified Voting told Wired. “It might be right, it might not be right, and that absence of authoritative confirmation is the biggest problem. It’s corrosive.”

The lack of a paper-trail to verify results isn't the only problem with Georgia's election system.

“Our machines haven’t been updated since 2005, they’re running on Windows 2000," the policy director at Common Cause Georgia, Sara Henderson, told Wired. "It’s ridiculous."

Georgia Secretary of State Brian Kemp (R) declined a 2016 offer from the Department of Homeland Security to help the state safeguard their election systems.

Last week, ABC News reported that Secretary of State Kemp, "contested a lawsuit demanding the state abandon its antiquated touchscreen voting machines , which are highly susceptible to being rigged by hackers in all-but-undetectable ways, and whose votes couldn't be reliably recounted."

If NSA reports are to be believed, it is not only possible but probable that Georgia’s election systems have been compromised.

In precincts where voting machines are used, there is no ability for a recount, only a recanvass.

"In precincts where voting machines have been used, whenever it appears that there is a discrepancy in the returns recorded for any voting machine or machines or that an error, although not apparent on the face of the returns, exists, the superintendent shall, either of his or her own motion or upon the sworn petition of three electors of any precinct, order a recanvass of the votes shown on that particular machine or machines," the law reads.

“There’s no way to independently verify individual votes,” Nse Ufot, director of the New Georgia Project, told ThinkProgress. “There have been open letters written by computer science professors and political science professors from universities all across the country to Georgia's secretary of state. The secretary of state’s response has been that this is a state issue, so we’re going to dismiss them. People are really concerned.”

Polls have closed in the special election to replace former Congressman Tom Price, who vacated the seat after being confirmed as Secretary of Health and Human Services. Democrat Jon Ossoff and Republican Karen Handel have both attracted national attention and support.