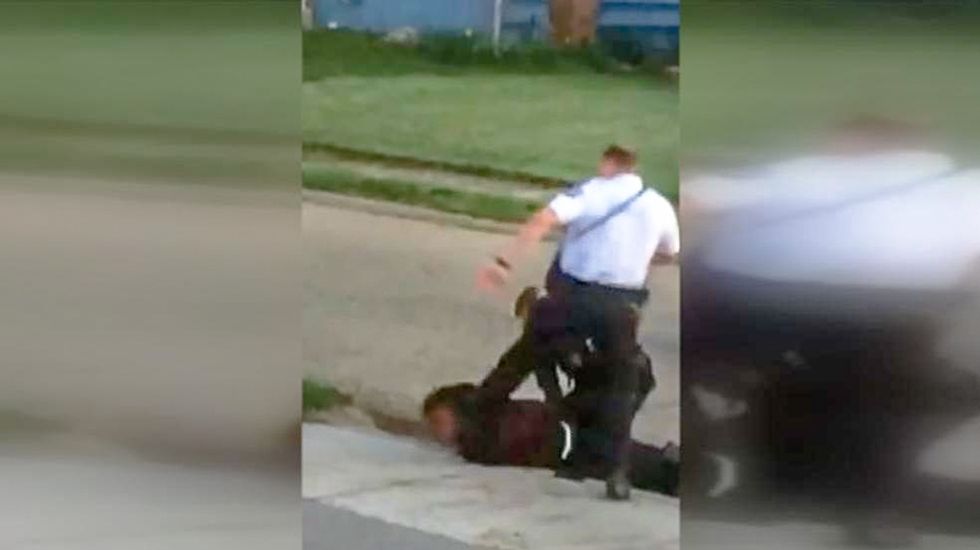 Officials in Ohio have recommended a 1-day suspension for Columbus police officer Zachary Rosen after he was caught on video kicking a man in the head.

In a video that was published on social media earlier this year, an officer can be seen handcuffing Demarko Anderson, who appears to be complying with demands.

"I am, sir," Anderson says repeatedly as he lays face down on the sidewalk.

Suddenly, officer Rosen is seen charging into view of the camera and delivers a kick to Anderson's head.

"Oh, my god!" someone can be heard screaming.

Rosen was reassigned to non-patrol duty pending the outcome of an investigation.

On Wednesday, the Columbus Police Department revealed that Chief of Police Kim Jacobs had recommended a 24-hour suspension for Rosen.

Columbus Mayor Andrew Ginther noted in a statement on Wednesday that the Director of Public Safety will have the final say about whether to uphold the suspension, fire Rosen or choose another outcome.

"While the Chief of Police has made a recommendation for discipline in the use of force case involving Officer Rosen, the Director of Public Safety will make the final decision under the current FOP contract," Ginther said. "I have every expectation the Public Safety Director will discipline Officer Rosen in a manner that holds him accountable for his actions, and I expect the final decision to be made as quickly as possible."