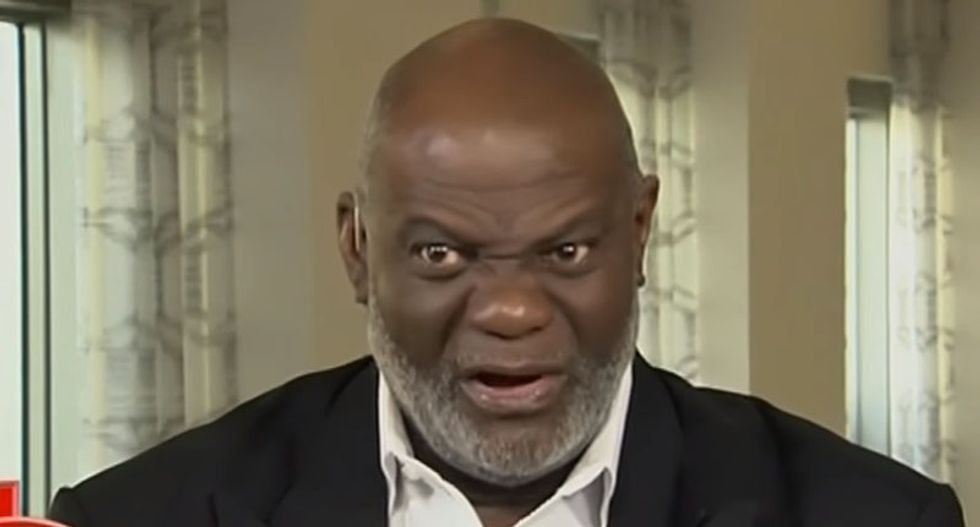 The Texas pastor who drafted the original resolution calling on the Southern Baptist Convention to condemn white supremacy and the “alt-right” said he was “shocked” by the massive controversy his resolution sparked at the conservative denomination’s annual meeting in Phoenix, Arizona this week.

“I thought it would be a no-brainer, I thought it would be a slam-dunk,” the Rev. Dwight McKissic told Roland Martin on Friday’s episode of One News Now (watch the full interview below). “I thought they had turned a corner, at least in the sense of being able to intellectually, theoretically, biblically, affirm what the Bible says, that one God created all men equally.”

McKissic’s resolution, which he publicized and submitted to SBC’s resolutions committee well in advance of the annual meeting that began Tuesday, was strongly worded in its pointed condemnation of white supremacy, the alt-right, and anti-Black racism in particular.

After SBC leadership refused to bring the resolution out of committee, citing “incendiary language” that the committee claimed might isolate some SBC members, outraged attendees took to social media and raised hell. Delegates from SBC-affiliated churches, known as “messengers,” were ultimately called back to the convention hall late Tuesday night, where they were told they’d have an opportunity to vote on a new resolution that condemned white supremacy, according to the Dallas Morning News.

McKissic was not consulted in the drafting of the new resolution, which notably lacks much of the pointed Biblical critique of white supremacy and anti-Black racism that made McKissic’s resolution powerful. The final resolution, which passed unanimously Wednesday night, does name-check “white supremacy” and the “alt-right,” but ultimately condemns “every form of racism,” applying an “All Lives Matter” approach to a resolution that was intended to call out a specifically pernicious (and historically relevant to SBC) form of racism.

McKissic confirmed to Martin on Friday that he was not involved in drafting the new resolution, though he said that fact doesn’t offend him, as original authors are often not consulted on re-writes of resolutions.

“I am offended that there has never been a black chairman of the resolutions committee in history,” said McKissic, who leads Cornerstone Baptist Church in Arlington, Texas. “I am offended that the committee is by and large made up of no minorities. You’ve got 20 percent minorities in the Convention, only one black person was there [on the committee], and they’re almost forced to go along to get along.”

The insult inherent in that lack of representation was compounded by what McKissic sees as dishonest justifications for dismissing his resolution in the first place.

Although McKissic didn’t share his thoughts on the resolution that did pass, he said he was encouraged by the number of white SBC messengers who insisted the issue be addressed during the Convention’s annual meeting.