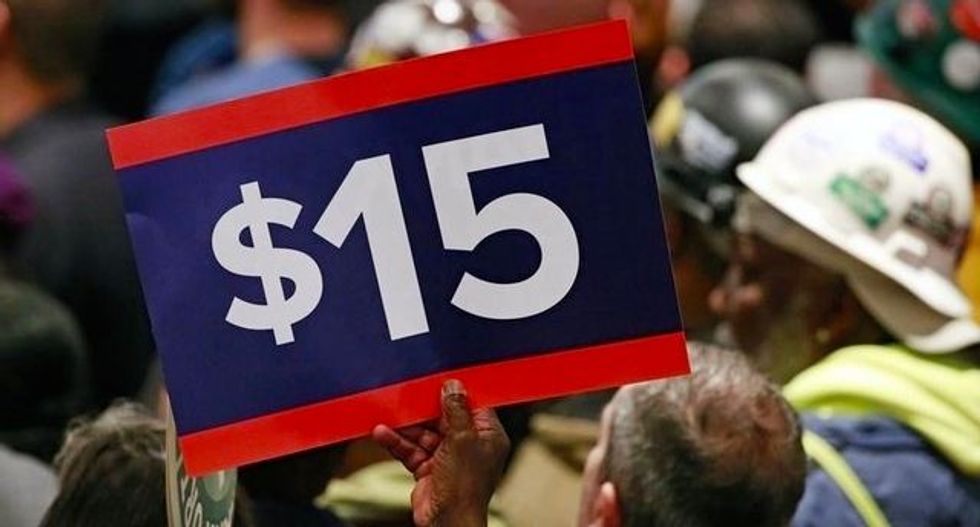 A Seattle law that requires many businesses to pay a minimum wage of at least $13 an hour has left low-wage workers with less money in their pockets because some employers cut working hours, a study released on Monday said.

Low-wage workers on average now clock 9 percent fewer hours and earn $125 less each month than before the Pacific Northwest city set one of the highest minimum wages in the nation, the University of Washington research paper said.

Even so, overall employment at city restaurants, where a large percentage of low-wage earners work, held steady.

Seattle, which has a booming economy and a strong technology sector, is midway through an initiative to increase its minimum wage for all employers to $15 an hour. The city is at the forefront of a nationwide push by Democratic elected officials and organized labor in targeting $15 for all workers.

"Most people will tell you there is a level of minimum wage that is too high," Jacob Vigdor, a professor of public policy at the University of Washington and director of the team studying the increase, said in a phone interview. "There is a sense that as you raise it too high, then you get to a point where employers will really start cutting back."

Many companies reached that point after Seattle, a city of nearly 700,000 residents, raised the minimum to $13 an hour for large employers beginning Jan. 1, 2016, according to the study.

Seattle's labor market held steady when the minimum rose to $11 from $9.47 on April 1, 2015, the university found in a study released last year.

"Raising the minimum wage helps ensure more people who live and work in Seattle can share in our city's success, and helps fight income inequality," Seattle Mayor Ed Murray said in a statement in response to the study, which the city commissioned.

The federal minimum wage has stayed at $7.25 an hour since 2009, and the Republican-controlled U.S. Congress has opposed an increase.

Critics of minimum wage increases say they lead to layoffs and force some companies out of business.

The latest research from the University of Washington found no major reduction in hours or jobs at Seattle restaurants, in keeping with a finding in a study conducted by University of California, Berkeley, that was released last week.

Lawmakers in California, the nation's most populous state, voted last year to increase the minimum wage to $15 an hour by 2022. Elected officials in several states, including New York and Oregon, and large cities such as Chicago have in the last two years approved their own minimum pay hikes.