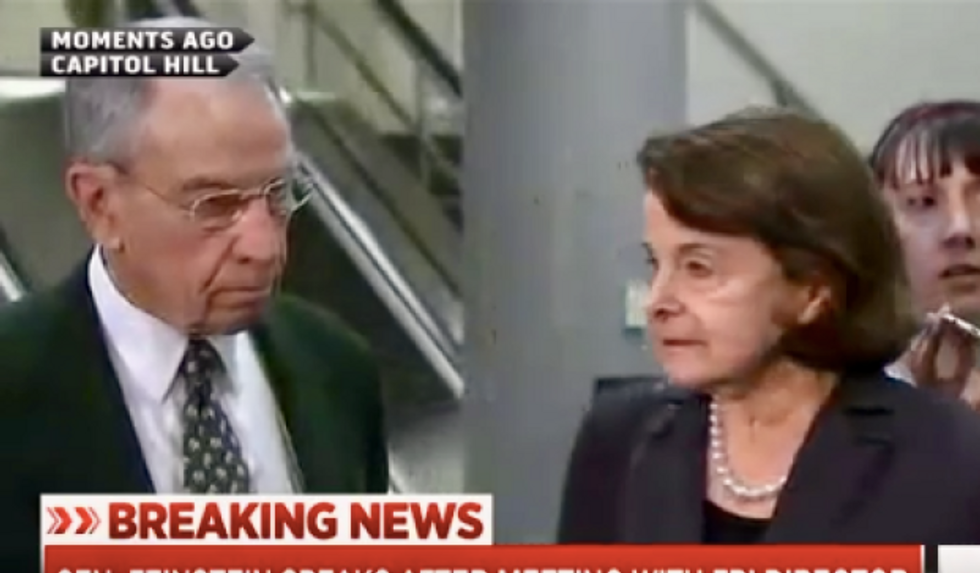 According to the report, senators want to know if Trump acted improperly when he allegedly fired Comey to influence an investigation into Russia's hacking of the 2016 U.S. election.

“The Judiciary Committee has an obligation to fully investigate any alleged improper partisan interference in law enforcement investigations,” Chairman Chuck Grassley (R-IA) said in a statement. "It is my view that fully investigating the facts, circumstances, and rationale for Mr. Comey’s removal will provide us the opportunity to do that on a cooperative, bipartisan basis."

“The American people deserve a full accounting of attempts to meddle in both our democratic processes and the impartial administration of justice,” the chairman added.

Grassley's statement came after Sen. Diane Feinstein (D-CA) called for an investigation into the firing of Comey.

“I think we need to know more about that, and there’s only one way to know about it and that’s to have the Judiciary Committee take a look at that,” Ms. Feinstein said during a recent interview with CNN.