Seth Meyers mocks Trump's lawyer needing a lawyer: He has 'layers and layers of lawyers' 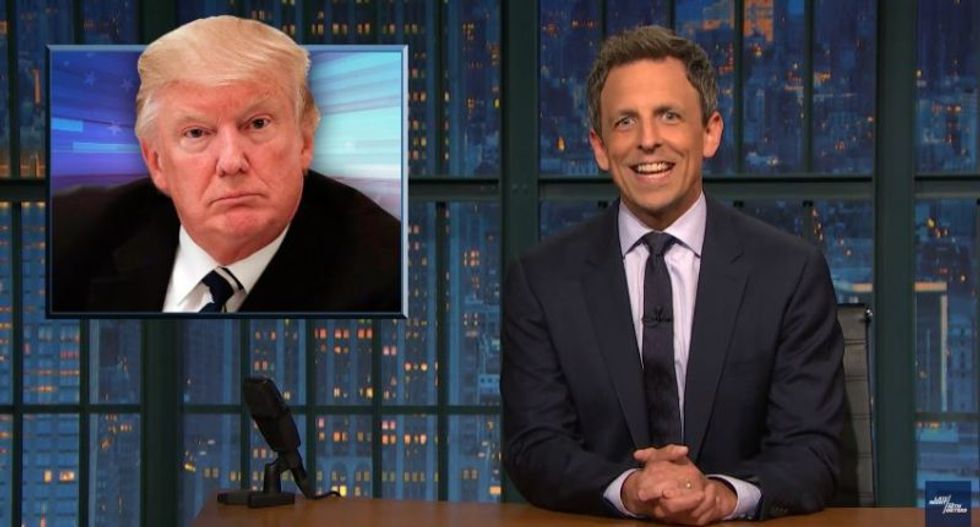 In Monday night's episode of Late Night, host Seth Meyers took on the attention-seeking behavior of President Donald Trump amid news that he has fallen under investigation by Special Counsel Robert Mueller.

"He's now so desperate for accomplishments, he's bragging about things the government did over a century ago," Meyers said, referencing a news clip where Trump "touted the Panama canal," which was completed in 1914.

Panama canal gaffe nonwithstanding, Meyers argued that Trump is looking for diversions from the Russia investigation, which has caused everyone from Vice President Mike Pence to Trump's lawyer Marc Kasowitz to lawyer up.

Trump has "reportedly become so transfixed by the investigation that he often insists, out of nowhere, that he did nothing wrong," Meyers said, referencing a Politico report that claims the president will exclaim, without prompting, "I'm not under investigation."

Watch the entire segment below via NBC.