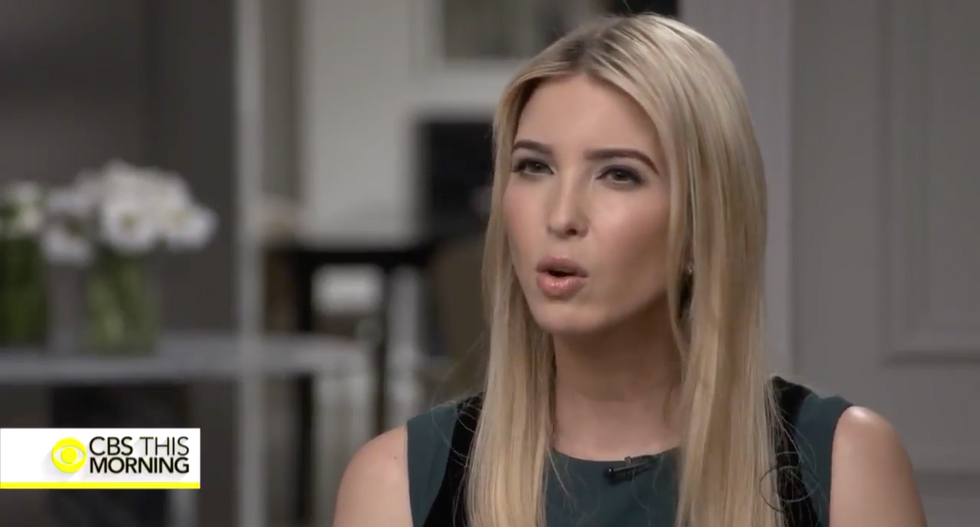 CNN on Friday published a glowing piece about Donald Trump’s daughter Ivanka Trump, who converted to Judaism before she married top White House adviser Jared Kushner. In the piece, CNN’s Maeve Reston and Betsy Klein argued Ivanka is “the most powerful Jewish woman in America today,” noting she observes Shabbat and posts pictures on Instagram about her Jewish faith.

The Internet was not having CNN’s interpretation of Ivanka as “the most powerful Jewish woman,” listing off such monolithic female figures as chair of the U.S. Federal Reserve System Janet Yellen, Supreme Court Justice Ruth Bader Ginsberg and even actress Fran Drescher.

Read some of the best responses below:

I bet Ivanka doesn't even crack the top 100 most powerful Jewish women. Leaking stories about how she tried to not be awful is all she has.
— Joshua Holland 🔥 (@Joshua Holland 🔥)1496431654.0

Ruth Bader Ginsburg is the first Jewish woman to serve on the United States Supreme Court. She got there without he… https://t.co/qu7WjLRXEp
— Chris Riotta (@Chris Riotta)1496430004.0

If Ivanka Trump is my "most powerful" ally as both a gay man and a Jew, I should start packing for one of her dad's camps.
— Steve Silberman (@Steve Silberman)1496430440.0

stop giving ivanka credit. stop giving her sympathy. stop empowering her. she will never be the person you want her to be.
— marisa kabas (@marisa kabas)1496430207.0

@CNNPolitics Ruth Bader Ginsburg - Elena Kagan - even Barbra or Bette : Ivanka is a poser: this is insulting to Jew… https://t.co/PWhVUGvZdx
— AllisonW (@AllisonW)1496432556.0