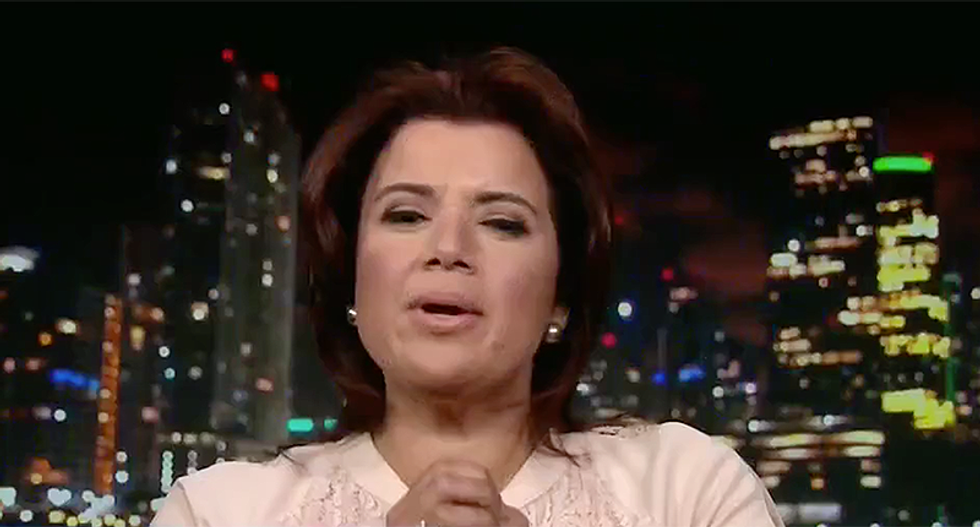 Republican consultant Ana Navarro was furious Thursday at Republicans who have not denounced President Donald Trump's latest attacks. When former Rep. Nan Hayworth (R-NY) tried to diminish Trump's attack on MSNBC's Mika Brzezinski while still denouncing it, Navarro said it sounded like she was trying to pass a kidney stone.

"Look, we have these many examples of how, look, he's -- he takes -- we know, he takes a tough and confrontational style," Hayworth was able to muster. "The mood in the country at the time that he ran was one of frustration and anger that was justified about policy is."

"What Nan just did, therein lies the problem," Navarro said. "People are trying to give him a pass at this, and that, in effect, is enabling him. He has now been president for almost six months and not made the pivot. Her voice sounds like she is passing a kidney stone. She is trying to bend herself in pretzel shapes. Call it out, confront it and call it out vociferously and do not give him a pass. If not you are going to be passing kidney stones on TV for the next three and a half years."

Navarro closed the segment with a plea for fellow Republicans to wake up.

"Urge him to apologize, confront him. Get some spine, stop justifying this and finding ways of excusing this," Navarro said to Republicans. "I will tell every Republican, tell them one thing, just for one minute imagine if it was Barack Obama who had said that or tweeted that what your reaction would have been today. That should be your same reaction because you need to put country over party. You need to put humanity and decency over party."

Watch the rest below:

'Sounds like she's passing a kidney stone': Ana... by sarahburris