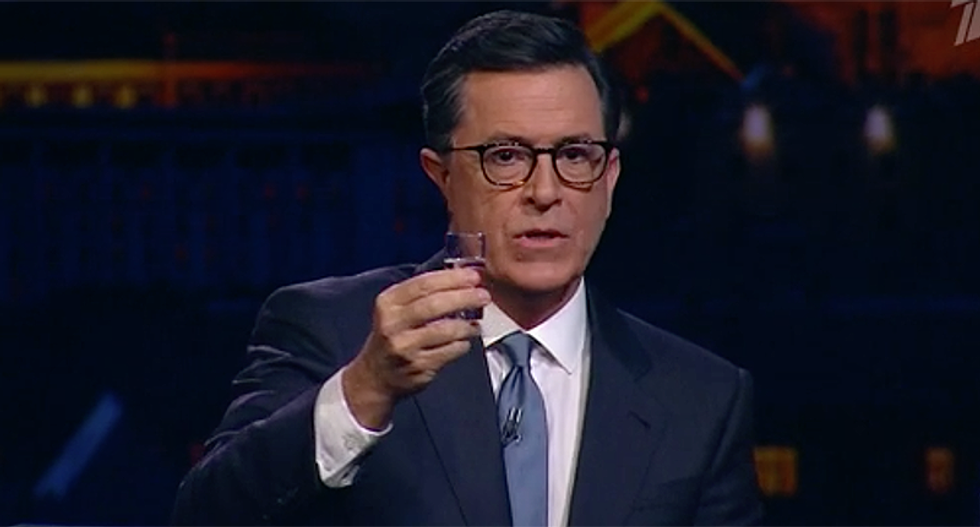 Colbert told his Twitter followers Thursday that he was "on assignment" in Russia.

"Don't worry, Mr. President. I'm in Russia. If the 'tapes' exist, I'll bring you back a copy!" Colbert tweeted at the new president.

According to the Daily Beast, Colbert appeared on Evening Urgent, a late-night talk show in Russia. He joined Ivan Urgant for a game of "Russian roulette," but used vodka shots and pickles instead of weapons. Colbert made a toast with each drink.

“To the beautiful and friendly Russian people,” Colbert said, taking his first shot. “I don’t understand why no members of the Trump administration can remember meeting you.”

After a short break, Colbert took another shot. His comment this time went a little bit further.

“I am here to announce that I am considering a run for president in 2020, and I thought it would be better to cut out the middleman and just tell the Russians myself,” he said. “If anyone would like to work on my campaign in an unofficial capacity, please just let me know.”

The third shot, Colbert gave a toast indicative of a strong leader. “A strong America! A strong Russia!”

Colbert ran for President of South Carolina once before as his alter-ego but his campaign didn't go beyond that primary.