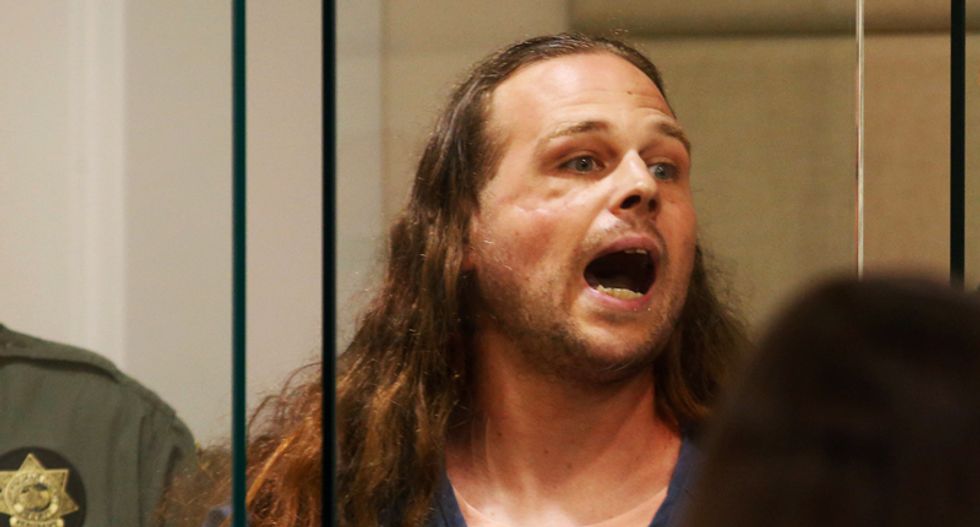 A convicted felon, Jeremy Christian, 35, accused of fatally stabbings two Good Samaritans who tried to stop Christian from harassing a pair of women who appeared to be Muslim, shouts during an appearance in Multnomah County Circuit Court in Portland, Oregon, U.S., May 30, 2017. REUTERS/Beth Nakamura/Pool

An Oregon grand jury returned an indictment on Tuesday against a former convict who was arrested in the racially charged stabbings of three men, two of them fatal, aboard a Portland commuter train more than a week ago, court records showed.

The suspect, Jeremy Christian, 35, was previously charged in a criminal complaint with nine felony counts stemming from the May 26 incident, in which is accused of yelling racial and ethnic slurs at two African-American teenage girls, one wearing a Muslim head scarf, then attacking three fellow passengers who intervened.

Portland's Oregonian newspaper reported the indictment charges Christian with 15 counts in all, including two counts of murder. Reuters was unable to immediately obtain a copy of the indictment itself, and the prosecutor's office declined to give any further details.

(Reporting by Terray Sylvester in Portland; Additional reporting and writing by Steve Gorman in Los Angeles; Editing by James Dalgleish)