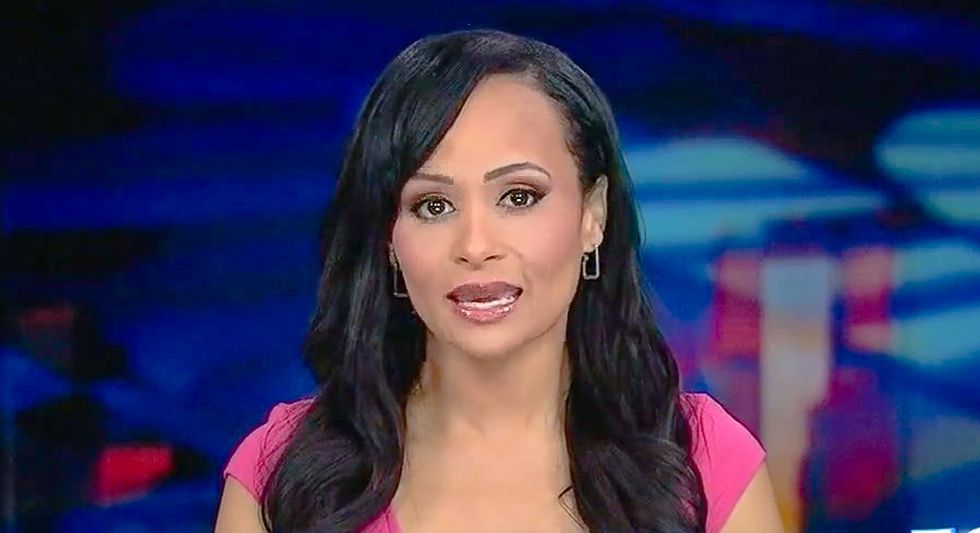 Responding to news that a Super PAC sponsored by supporters of President Donald Trump is running ads against Sen. Dean Heller (R-NV) for opposing Trumpcare, Fox News host Neal Cavuto got into a squabble with Trump booster Katrina Pierson.

Pierson, who also works with the group running the ads against Heller, insisted that the group targeted him for his opposition to the American Health Care Act in its' current form, but Cavuto countered that Heller was targeted for his vulnerability in the primaries.

It's when Pierson accused Heller of "governing as a Democrat" that Cavuto really dug in.

"He's looking at something that isn't markedly different than the one it replaces," he said, referring to complaints that Trumpcare is "Obamacare-lite."

"You're already threatening the guy, saying 'if you go ahead with this we're gonna primary your ass,'" he said.

"This is a vote to move the process forward, this is not the actual plan that's going to be in place," she claimed.

"How can you do that under the threat of 'we're gonna primary you if you don't go along with what we say'?" he implored. "That sounds like a bad Tony Soprano episode."

"It's just an accountability issue," Pierson countered, but Cavuto cut her off.

Watch the fiery exchange below via Fox News.