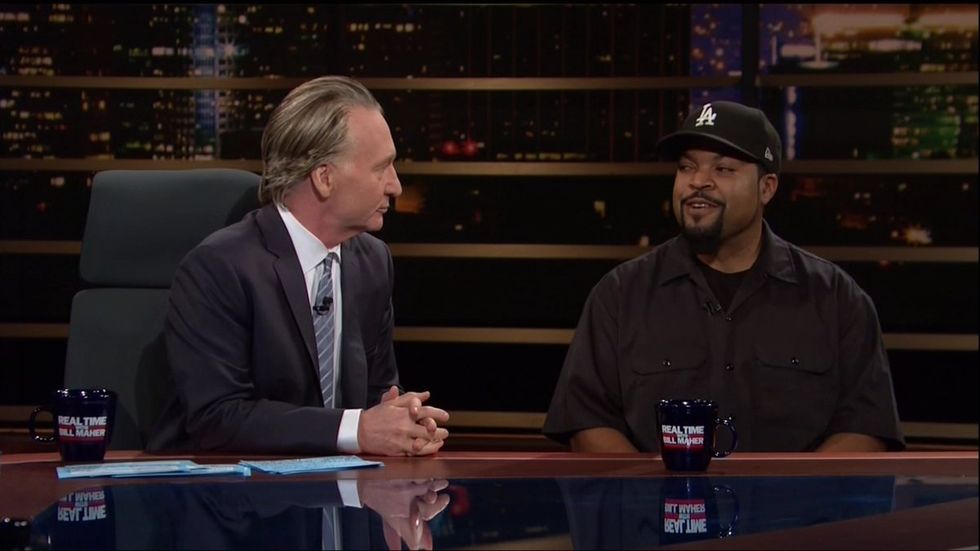 Ice Cube was set to appear alongside Sen. Al Franken (D-MN), but the Democrat cancelled his appearance after last week’s episode. Ice Cube, however, took the opportunity to have a “teachable moment” with the comedian, explaining to Maher why the use of that term is simply not okay.

‘“I knew you were gonna f*ck up sooner or later,” Ice Cube joked at the beginning of his discussion with Maher. “I love your show, you got a great show. But you’ve been bucking up against that line a little bit. You’ve got a lot of black jokes.”

“Sometimes you sound like a redneck trucker,” Ice Cube continued, as Maher tried to “push back” on that point. Ice Cube, however, was not letting the comedian steer the conversation.

“I want to know two questions: What made you think that it was cool to say that?” Maher asked.

Maher referenced his apology at the beginning of the show, arguing he was not thinking.

“I accept your apology, but I still think we need to get to the root of the psyche,” Ice Cube said. “Because I think there are a lot of guys out there who are too familiar, or think they’re too familiar, or they had a black girlfriend or two that made them some Kool-Aid and they think they can cross the line. And they can’t.”

Ice Cube said when he hears his “homies” use the n-word, “it doesn’t feel like venom,” noting “when I hear a white person say it, it fells like that knife stabbing me.”

Watch the video below, via HBO:

Ice Cube wants to talk about Maher's... by sarahburris