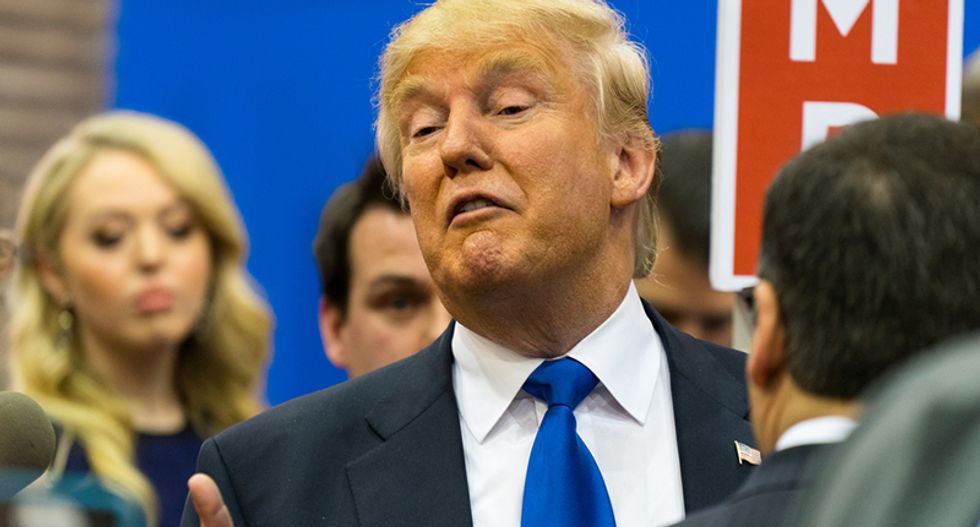 The owner of the Trump International Hotel & Tower in Toronto has reached a deal that would remove President Donald Trump's name from the front of the building.

Bloomberg reports that JCF Capital ULC, which owns the Trump-branded building in downtown Toronto, has reached a buyout deal with the Trump organization to have Trump signage removed from the building as early as August 1 this year.

Although the report doesn't say definitively that the Trump branding is being removed to counter the president's toxic brand, it does note that the hotel has become a lightning rod for anti-Trump protesters in the country.

"The agreement to remove the Trump brand marks the first step toward revamping the property, which has faced a history of construction delays and lawsuits," Bloomberg writes. "Most recently, it’s been a site for protests against the U.S. president’s comments disparaging women, Mexicans, and Muslims, even though his company has no ownership stake in the property."

Trump's approval ratings are low in the United States right now -- and they're even lower abroad.