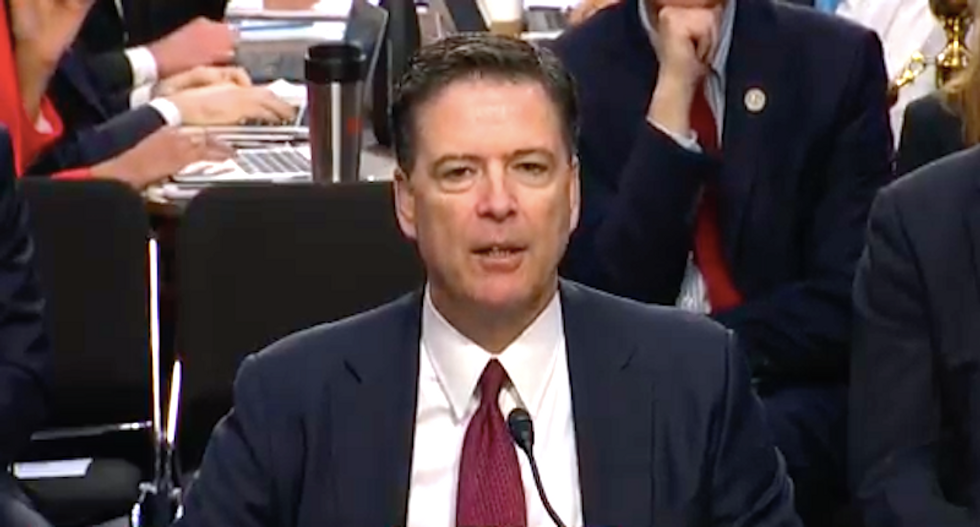 Lawyers for U.S. President Donald Trump are not likely to file their planned complaint this week against former FBI Director James Comey over disclosing details about conversations with the president, a spokesman for Trump’s legal team said on Tuesday.

A person close to the legal team said on Friday Trump's chief personal lawyer, Marc Kasowitz, expected to file a complaint against Comey early this week to the Justice Department's inspector general's office.

“I think it’s going to take a little longer,” Mark Corallo, a spokesman for the legal team, said on Tuesday. “It may well slip to next week.”

Corallo also said the complaint may be filed to the Justice Department’s Office of Professional Responsibility rather than its Office of Inspector General.

Trump's lawyers are sifting through additional information and preparing at least one submission, and a meeting scheduled for Wednesday may clarify the proper avenue for the complaint, he said.

The president has responded to Comey's testimony on Thursday to the Senate Intelligence Committee by denying that he tried to interfere with an FBI investigation, and calling the former FBI chief a leaker.

In his testimony, Comey said that after Trump fired him last month he gave a memo he wrote about a meeting with the president to a friend in order to have its contents disclosed to the media.

In a statement following the testimony, Kasowitz accused Comey of leaking "privileged" information. Some legal experts have said the information disclosed was not privileged because Trump himself had already publicly discussed their conversations.

A former high-ranking Justice Department official familiar with how the inspector general handles complaints said any filing by Kasowitz would most likely be treated as part of an existing investigation into Comey's handling of the Hillary Clinton email investigation. “This could end up as a footnote in a longer report,” the former official said.

Jonathan Turley, a law professor at George Washington University, said he believes the Comey disclosure violated FBI regulations but said the Office of Professional Responsibility may be reluctant to look into an disciplinary allegation against a former rather than current employee.

"The challenge for the Trump team is to find an office that will get to the merits," said Turley.

John Lavinsky, a spokesman for the Inspector General, declined to comment.

Cassidy Hutchinson is 'what prosecutors dream of in a witness': CNN's Elie Honig

Among other things, noted Honig, it will be very hard for former Trump officials to argue that she was merely a low-level staffer or a "Never Trump" Republican who had a grudge against the twice-impeached former president.