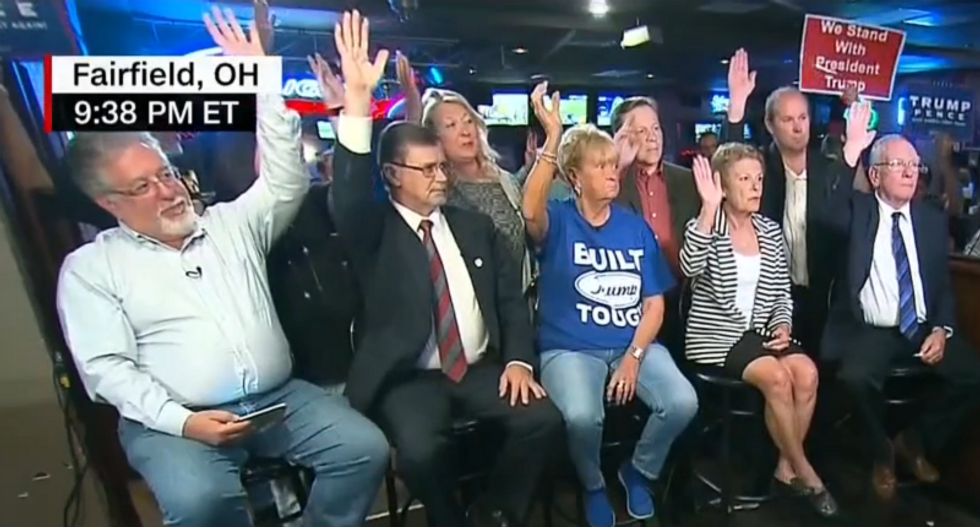 "Butler County Ohio, north of Cincinnati, has been very kind to Republican presidential candidates over the years, since 2000 the Republican candidates won each time, including in 2016 with Donald Trump with sixty-one percent of the vote," CNN national correspondent Gary Tuckman explained.

Tuckman had nine Trump supporters watch the morning hearings with him at Rick's Tavern and Grill and then return to answer questions about the former FBI Director's testimony.

"First thing i want to ask you, it is a crime when you testify before Congress to lie, it is perjury and you can to prison for it," Tuckman began. "Raise your hand if you believe James Comey lied. Four of you believe he lied."

Then Tuckman inquired about the focus group participants' view of Donald Trump.

The CNN journalist was baffled by results and followed up with direct questions of the voters.

"Well, first of all, things can be distorted and appear like lies, and I think maybe the media might have be distorted some things and now we’re not getting both sides," one of the Trump supporters rationalized.

The final question had the most startling results.

"Let me ask you, a show of hands, how many of you feel better about Donald Trump, your president, after this hearing?"

All hands went up.

Trump supporters agree neither Trump nor Comey... by sarahburris