Trump's visit to the UK 'shelved' for at least two years over fears of mass protests: report 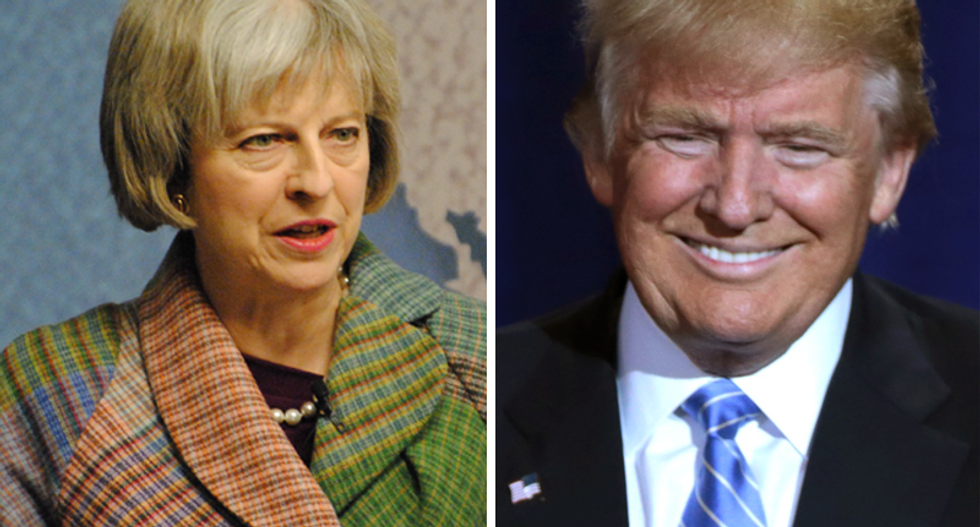 President Donald Trump was greeted warmly during his trip to Saudi Arabia, but his concern about facing mass protests in the United Kingdom has shelved his state visit to America's staunchest ally for at least two years.

The Telegraph reports that Trump will not be making an official state visit to the U.K. over the next two years, as this year's Queen's speech -- which typically lists key planned state visits -- "only contains a reference to welcoming King Felipe and Queen Letizia of Spain in July."

The publication then notes an earlier report from the Guardian that claimed Trump had told U.K. Prime Minister Theresa May that he didn't want to visit her country if he would be greeted by angry protesters.

May had extended an invitation for a state visit to Trump shortly after his electoral win in November, but she never set out a time frame for a visit. Trump is deeply unpopular in the U.K., as a recent poll in that country showed he had a favorable rating of just 18 percent.

May has been facing her own political troubles in the U.K., as her Conservative Party unexpectedly lost its parliamentary majority in a snap election held earlier this month.