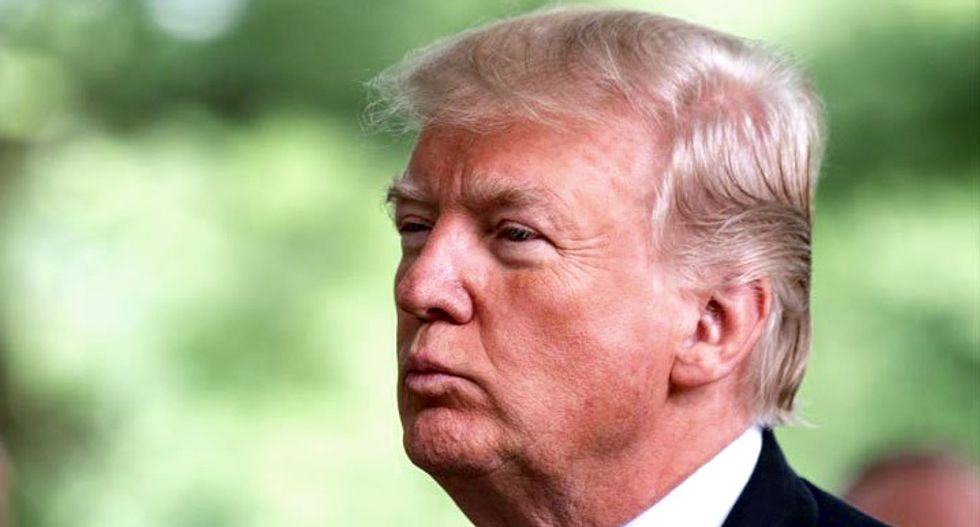 The U.S. effort to fight and prevent terrorism is being seriously hampered by President Donald Trump's sluggish hiring of federal officials, particularly in the U.S. State Department and FBI.

A Sunday night report from Politico pointed to the record number of "vacancies across the government," federal jobs that Trump has not bothered to fill. No U.S. presidential administration in history has taken this long to staff critical national security and law enforcement positions.

"Top ranks at the State Department remain largely unfilled, as are some key ambassadorships. Trump has not named anyone to lead the Transportation Security Administration, which screens people at airports, or to run the Homeland Security office charged with protecting the country's physical and cyber infrastructure," wrote Politico's Andrew Restuccia. "His choice to lead the Federal Emergency Management Agency is awaiting Senate confirmation, but Trump has not named a deputy."

These vacancies form critical blind spots in the nation's ability to fight foreign and domestic terrorism.

"This is a team sport," Max Stier -- the head of the nonpartisan Partnership for Public Service -- told Politico. "It's critical to have a full team."

However, the chaotic nature of Trump's White House, his many grudges against political figures who were critical of him during the campaign, and the unprecedented number of factionalized leaks pouring out of the administration have slowed hiring to a crawl.

Bedeviled by scandals and frequently appearing to skirt the edges of legality, Trump's White House is finding that principled legal minds don't want to work for the administration. In fact, many attorneys are avoiding Trump "like the plague," according to reports.

"The leadership vacuum across the federal government has at times kept Trump from meeting promises made before he took office," wrote Restuccia. "He blew past a 90-day deadline to craft an anti-hacking strategy, with no clarity on who was in charge of the issue."

While some officials believe that the nation would respond well in the short term to a terror attack -- thanks to career professionals Trump has been unable to purge from key agencies -- but problems would arise as the administration tries to recalibrate to new threats.

“In terms of an immediate response to an attack, the agencies will probably do fine,” said former State Department counter-terror coordinator under President Barack Obama Daniel Benjamin. “The real problems come later, when the administration has to readjust strategy to deal with the threat, do the hard work of figuring out if there was a vulnerability in some security or immigration system, and then remedy it.”

Thus far, Trump's administration has yet to pass a single piece of successful legislation. Its executive order banning travelers from certain Muslim countries has been shot down repeatedly by federal courts. Trump is reportedly considering a major staff shake-up at the White House even as hundreds of positions remain unfilled in other areas of the government.