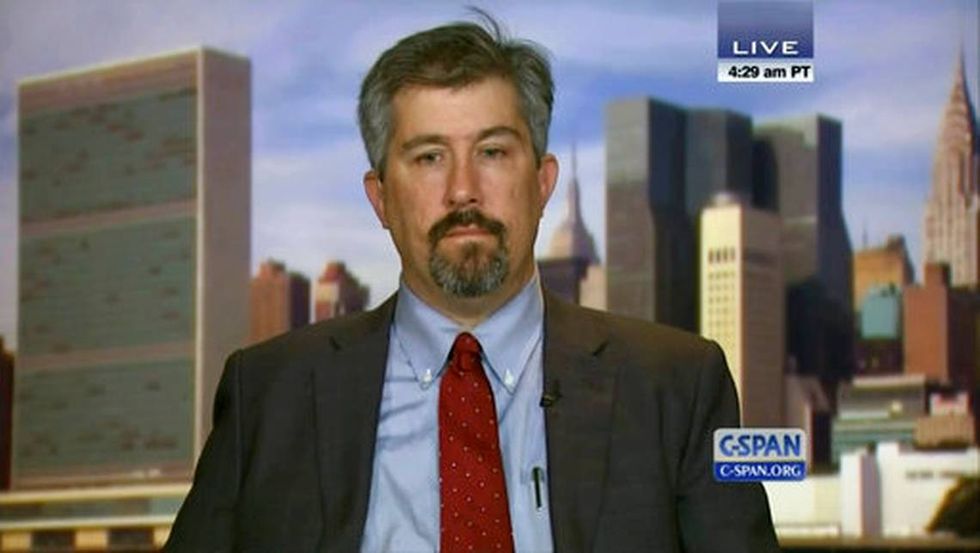 Wall Street Journal foreign correspondent Jay Solomon was fired for a conflict of interest on Wednesday after an Associated Press investigation revealed that he had business dealings with one of his sources, an Iranian-born man who was known to transport weapons for the CIA.

While investigating Iranian-born aviation entrepreneur Farhad Azima, the AP discovered that Solomon had been offered a 10 percent stake in Denx LLC. It is unclear if Solomon ever accepted the offer.

According to the report, Azima was known to have "ferried weapons for the CIA."

Two other Denx partners — ex-CIA employees Gary Bernsten and Scott Modell — told the AP that Solomon was involved in discussing proposed deals with Azima at the same time he continued to cultivate the businessman as a source for his stories for the Journal. Bernsten and Modell said Solomon withdrew from the venture shortly after business efforts began and that the venture never added up to much. They provided no evidence as to when Solomon withdrew.

The emails and texts reviewed by the AP — tens of thousands of pages covering more than eight years — included more than 18 months of communications involving the apparent business effort. Some messages described a need for Solomon's Social Security number to file the company's taxes, but there was no evidence Solomon provided it.

"We are dismayed by the actions and poor judgment of Jay Solomon," Wall Street Journal spokesperson Steve Severinghaus told The Associated Press. "While our own investigation continues, we have concluded that Mr. Solomon violated his ethical obligations as a reporter, as well as our standards."

In a statement to the AP, Solomon acknowledged, "I clearly made mistakes in my reporting and entered into a world I didn't understand."

"I never entered into any business with Farhad Azima, nor did I ever intend to," he said. "But I understand why the emails and the conversations I had with Mr. Azima may look like I was involved in some seriously troubling activities. I apologize to my bosses and colleagues at the Journal, who were nothing but great to me."