Watch Bill Maher's big apology after using the N-word: 'That word has caused pain -- I'm not here to do that' 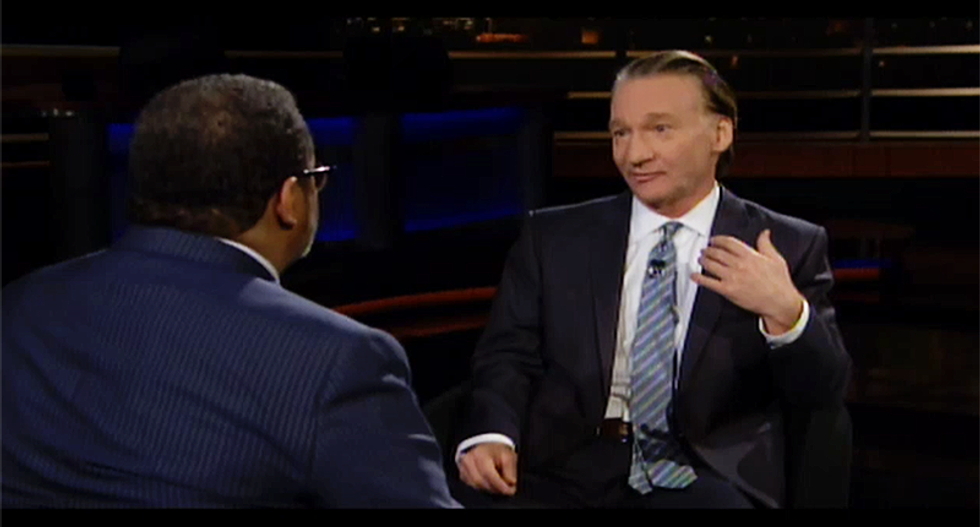 HBO's Bill Maher began Friday's "Real Time" by admitting Michael Eric Dyson would be "taking me to the woodshed" any minute.

When he brought Dyson out, he firmly admitted that in the past others have said that no one should ever apologize. Even former Republican presidential candidate Mitt Romney published a book called No Apology. He thought then that it was foolish for people not to apologize.

"I did a bad thing," he admitted. "There is a lot of bullsh*t apologies in America and I am against that. But we should apologize for slavery and Japanese internment and Native American genocide... so when it's appropriate and this was appropriate. For black folks, that word, I don't care who you are, caused pain. I'm not here to do that"

"We are all evolving day by day," Maher said. He went on to talk about growing up in an all-white town in New Jersey where race was never an issue. But he said that he was raised the "right" way.

What then grew from the apology was an honest conversation about race and the ways in which Maher and other whites can be conscious of the language they use.

Bill Maher’s big apology after using the n-word... by sarahburris

Bill Maher apologizes for his offensive... by sarahburris