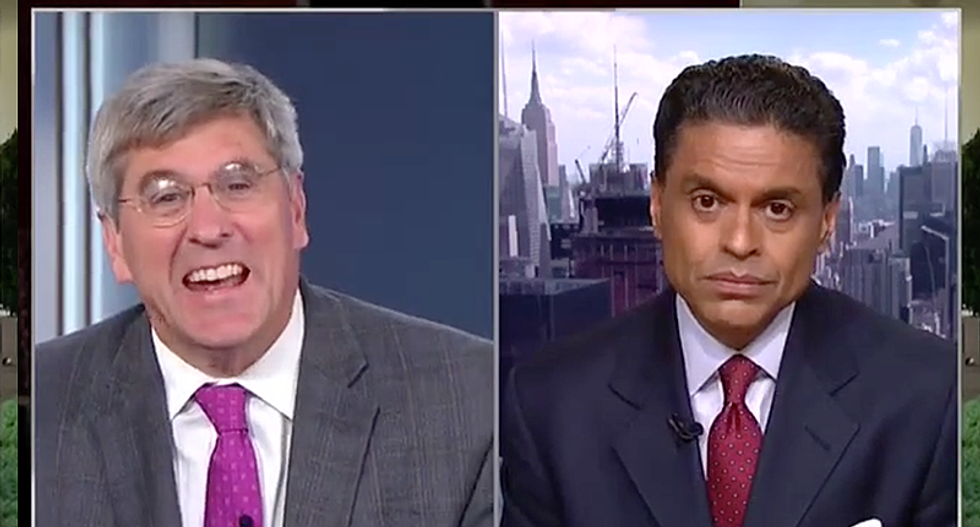 "What we are saying is that clean energy does require government subsidies right now," Zakaria told Moore. "In that, it is not different from any infant industry of importance. Give you an example: the United States now dominates the computer industry, the internet, the whole information age. Do you know why? Because in the 1950s, the government of the United States bought more than half of all computer chips produced. They were bought at extra exorbitant costs and then they started to buy the mainframe computers up to the point where the costs go down. That is what is happening in clean technology."

Zakaria went on to explain to Moore that China and Germany both do exactly the same thing because they want to dominate an industry they see as being an up-and-coming profit-maker.

"So just as the United States did with many technologies in the past, which produced the internet, which produced GPS and every leading technology company of today, the United States has to provide some market signals and if you take away the Paris Accords, you take away that surety," he continued. "That's the danger here, someone who will dominate these clean energy sectors and they may get some government support. I'd rather it be here than China."

That's when Moore began laughing saying that it was comical that wind energy is somehow a new technology in which we must invest.

"We've had windmills for a thousand years, come on," Moore said.

"You said windmills and people stopped using windmills 250 years ago and then fossil fuels," Moore said.

"And, Steve, there was an abacus in China 2,000 years ago. The wind industry today is slightly different than the wind on the wind industry you're talking about in Holland a thousand years ago. If you can't see that, I don't know where to begin," Zakaria closed before Tapper was forced to move on to another panelist.

'I don't know where to start with you': CNN... by sarahburris