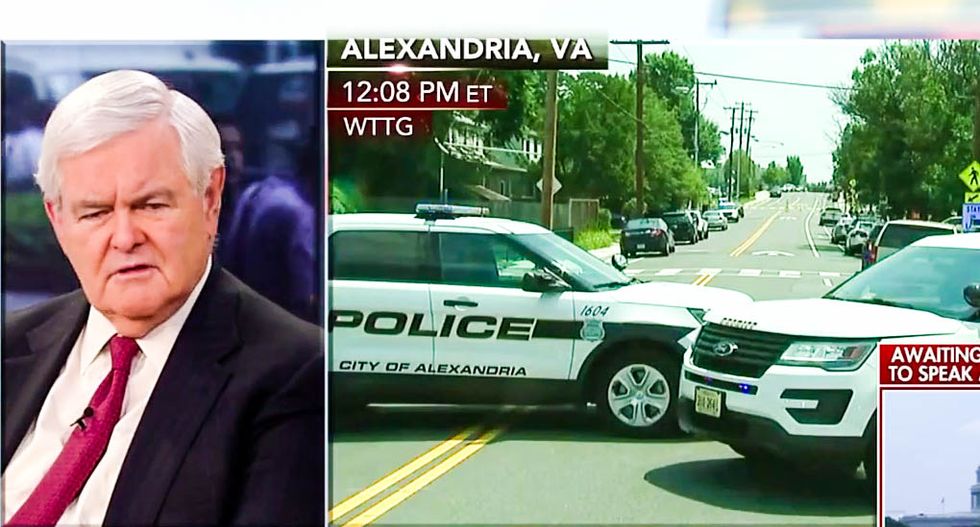 Former House Speaker Newt Gingrich on Wednesday blamed the shooting at the Republican baseball practice on Democrats who spout "vulgarities," among other things.

Talking with Fox News, Gingrich pointed fingers at left-wing "hysteria" that he says has exploded ever since President Donald Trump's election last fall, as evidenced by Kathy Griffin's latest stunt in which she held up a likeness of Trump's severed head.

"The intensity on the left is very real," Gingrich said. "Whether it's a so-called comedian holding up the president's head in blood, or it's right here, in New York City, a play that shows the president being assassinated. Or it's Democratic leading national politicians who are so angry they have to use vulgarity because they can't find any common language."

Fox's Melissa Francis at this point objected and questioned whether it was right to blame the shooter's actions on Democrats who swear.

"With respect, though, even if everything you're saying is true, to talk about it in those kinds of terms, in left and right, right now in the wake of it, does that make sense?" she asked.

"If you want to know the truth," Gingrich replied.