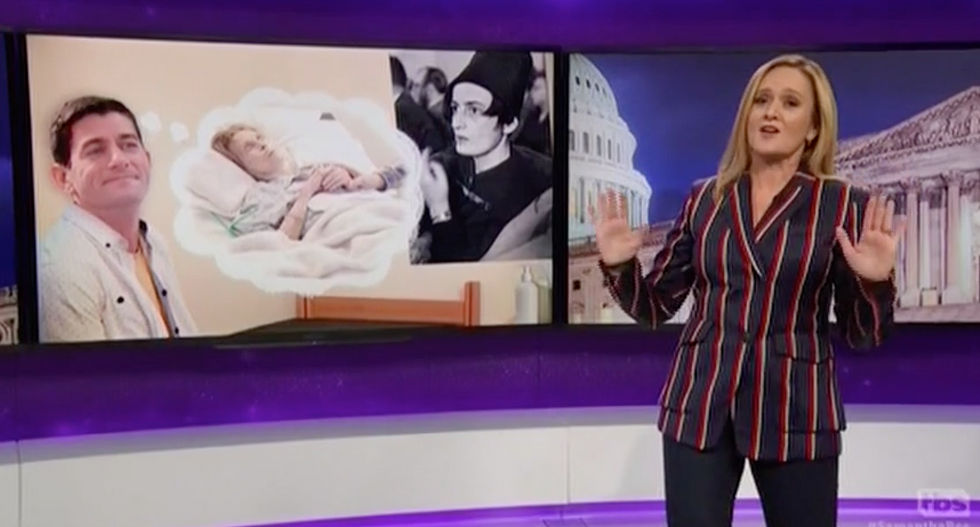 Sam Bee on Wednesday railed into the GOP healthcare plan in a five-minute blitz that hit Paul Ryan, Mitch McConnell and even Ayn Rand.

“Yes, while most college guys in the ’90’s were fantasizing about Pamela Anderson, Paul Ryan was jerking it to thoughts of poor people losing healthcare to pay for tax cuts,” Bee said.

She then turned to Ryan’s comrade in the Senate, Mitch McConnell (R-KY) for his ‘thinly-annotated copy of ‘Atlas Shrugged.’”