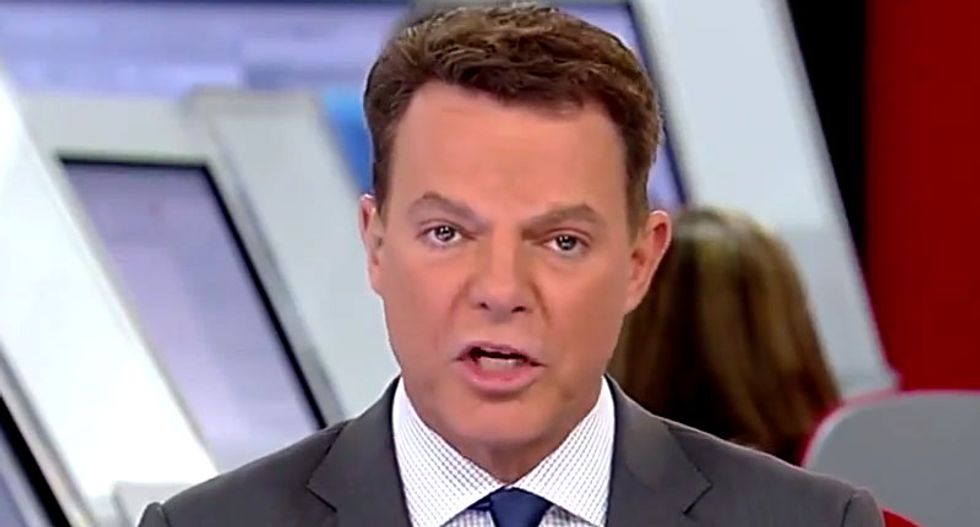 Fox News host Shep Smith on Friday went off on Donald Trump for continuing to stoke questions over the existence of “tapes” pertaining to his conversations with former FBI director James Comey, arguing the president “can find out for us” if there are any such recordings.

Smith started by railing into White House Press Secretary Sean Spicer for holding “another off-camera gaggle” instead of a televised press briefing.

“The press secretary spoke about comments President Trump made on Fox and Friends this morning,” Smith said, referring to an interview Trump gave this early Friday.” The president said, ‘we’ll have to see’ as to whether the special counsel Robert Mueller should recuse himself from he Russia investigation. And he said his initial tweet about tapes may have influenced the testimony of the former FBI Director James Comey.”

Trump, Smith noted, “admitted he did not record and does not have tapes,” but again left “the door open as to whether anybody else may have tapes of those conversations.”

“He said, ‘you never know,’” Smith noted, adding the president also suggested his threat of tapes “may have forced Comey to be honest.” Trump this morning posited that his tweet in May suggesting Comey better “hope” there are no tapes led Comey to change his story about his conversations with Trump.

“He can find out for us, cause he can ask, ‘are there tapes?’” Smith said.