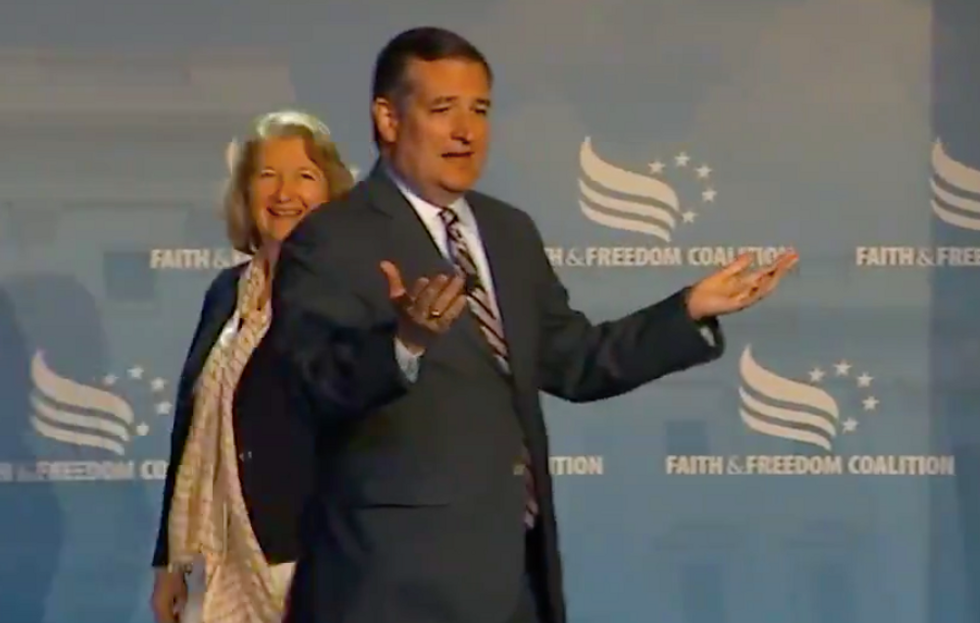 Sen. Ted Cruz (R-TX) was only partway through his remarks on Thursday to the 2017 Faith and Freedom Conference -- a gathering of socially conservative Christian groups and the politicians who they lobby -- when his microphone was abruptly turned off.

TheHill.com said that Cruz only shrugged when asked about the snub.

Cruz was one of the opening speakers at the conference, which also featured an appearance by President Donald Trump. He had been speaking for nine minutes when his microphone abruptly went dead and the next speaker -- Faith and Freedom's regional coordinator Virginia Galloway -- was introduced.

Cruz tried to resume speaking, then shrugged and mouthed "thank you" to the crowd as Galloway marched out from the wings behind him.

The Faith and Freedom Coalition was founded by lobbyist and former Jack "Casino Jack" Abramoff protege Ralph Reed. Reed is a longtime conservative operative who has been accused of exploiting GOP Christians for political and financial gain.

Sen. @TedCruz is cut off in the middle of his remarks at the @FaithandFreedom Coalition Conference. Full video here: https://t.co/567TOaf01u pic.twitter.com/J0BK9J9nhe