'We are so incredibly proud': Michelle Obama honors Chance the Rapper at 2017 BET Awards 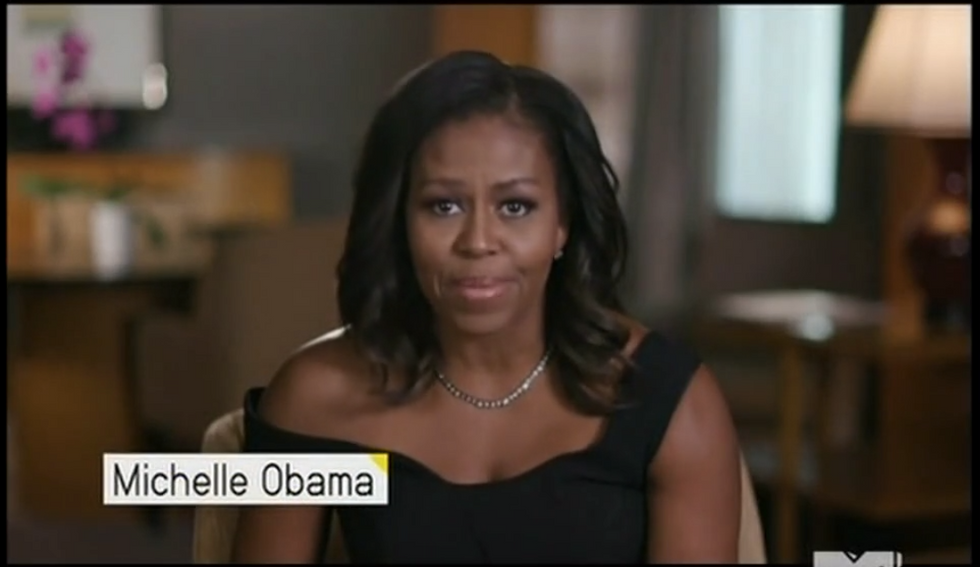 In it, she said, "We are so incredibly proud of you, Chance. We have known Chance and his family since he was a wee little baby rapper and it has been a thrill watching him come into his own in so many ways."

Obama lauded Chance's involvement with the Chicago Public School System, to which he recently donated $1 million, and his spirit of involvement in their mutual home town of Chicago.