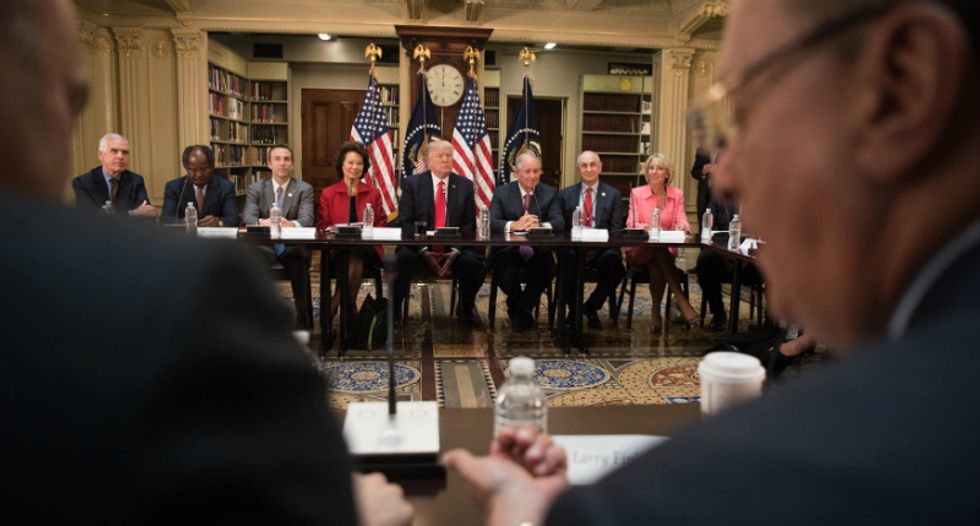 President Donald Trump in a White House meeting (via WhiteHouse.Gov)

On Friday, the White House released a 16-page document detailing the annual salaries paid to White House employees, all of whom are paid from taxpayer funds.

Jared Kushner and Ivanka Trump are taking no salaries at all, while Kushner confidant and White House economic adviser Gary Cohn is taking a salary of only $30,000 per year.

Other salaries published by Politico include: