911 truther feared cult was coming for him -- so his girlfriend shot him dead: report 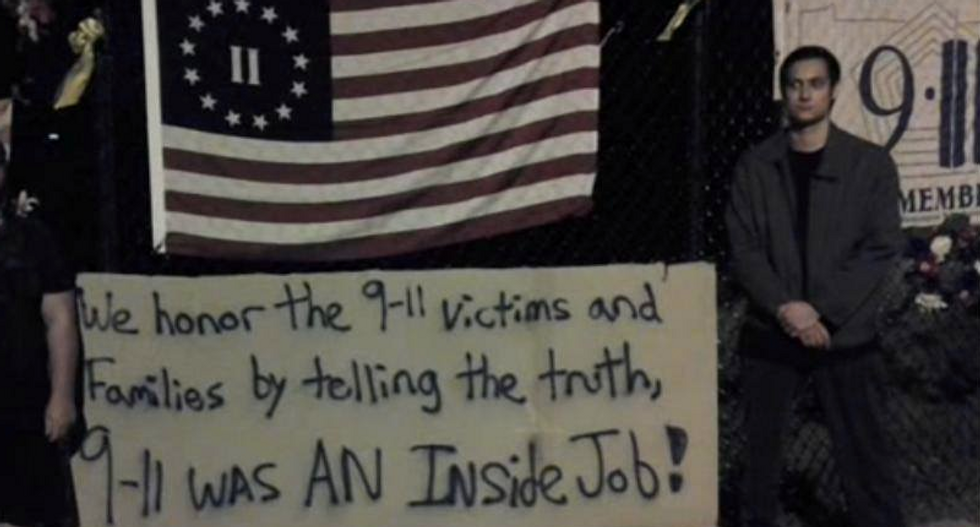 A Pennsylvania woman is being held without bail on homicide charges after fatally shooting her boyfriend in the forehead early Saturday morning, in what may be a cult-related murder.

Barbara Rogers, 42, called 911 to report she shot and killed her boyfriend, Stephen Mineo, according to Pocono Mountain Regional Police.

"She identified that the deceased was having online issues with a cult and he wanted to be killed and requested she do it," Lt. Steven Williams told WBRE News.

Police say that Mineo was shot once in the center of his forehead – at close range – with a .45 caliber handgun.

"According to court documents, Rogers said Mineo asked her to shoot him due to a problem with an online cult called 'Sherry Shriner,' WNEP, Newswatch 16 reported. "Authorities tell Newswatch 16 Rogers did admit that there were some tensions between the couple because of the cult. They even posted about it on Facebook. Now, investigators are looking at those Facebook posts as well as other online activities to try to determine what led to the shooting."

Steven Mineo was a 9-11 truther, conspiracy theorist and survivalist.

"They dropped them, because they were too far out, instead of being religious, it was just a cult thing, they got rid of that," Kevin Wade told WNEP News. "They were super religious people. I don't know what was going on in their minds."

This is not the first time the "aliens and rapture" cult has been the focus of controversy. In 2013, the family of Kelly Pingilley blamed her suicide on Sherry Shiner. In a bizarre twist, Shiner blamed a "NATO hit squad" for Pingilley's death, claiming her "suicide" had been staged.

Kelly Pengilley, "was looking for God, and Shriner steered her into some weird crap," family friend Debra McCorkle said at the time.

A preliminary hearing has been scheduled for July 26.