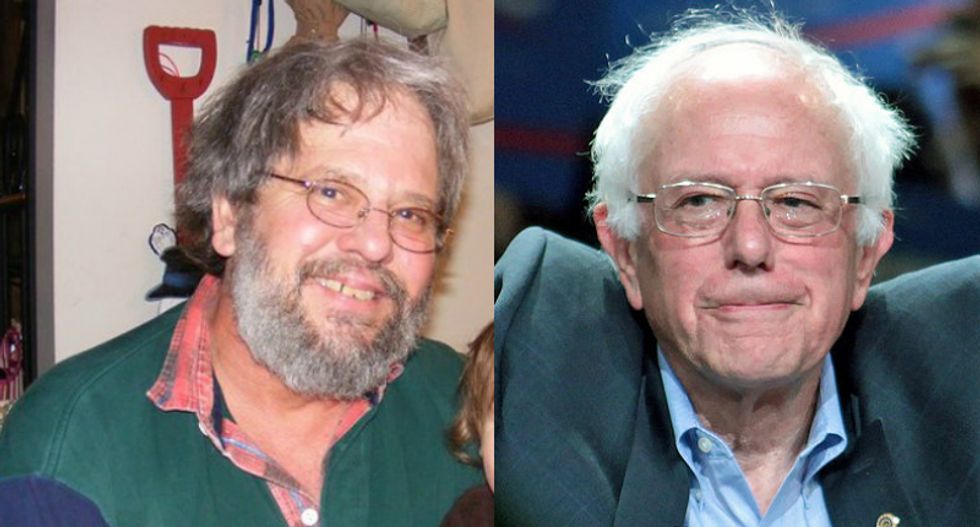 Sen. Bernie Sanders (I-VT) has a primary challenger in Vermont -- and it looks like his past statements have already landed him in hot water.

Jon Svitavsky, a homeless shelter executive director, self-described "Christian liberal" and first-time political candidate, appeared to make transphobic comments on a post he made in a political Facebook group over a year ago.

"So if a lady boy in high school, wants to shower with the girls, we'll just take his word for it??" Svitavksy wrote in the "Chicago Style Politics" Facebook group on May 13, 2016. The post was accompanied by a link to an article about President Barack Obama's administration's move to allow transgender students to use the bathrooms that align with their gender identities in public schools.

Raw Story reached out to both Svitavsky and the Vermont Democratic Party for comment, but neither has yet to reply.

Along with the transphobic slur, other Twitter users alleged that Svitavsky regularly made offensive posts, including one that calls for Condoleezza Rice to be "hung by the neck." These posts were public on Svitavsky's personal Facebook page.