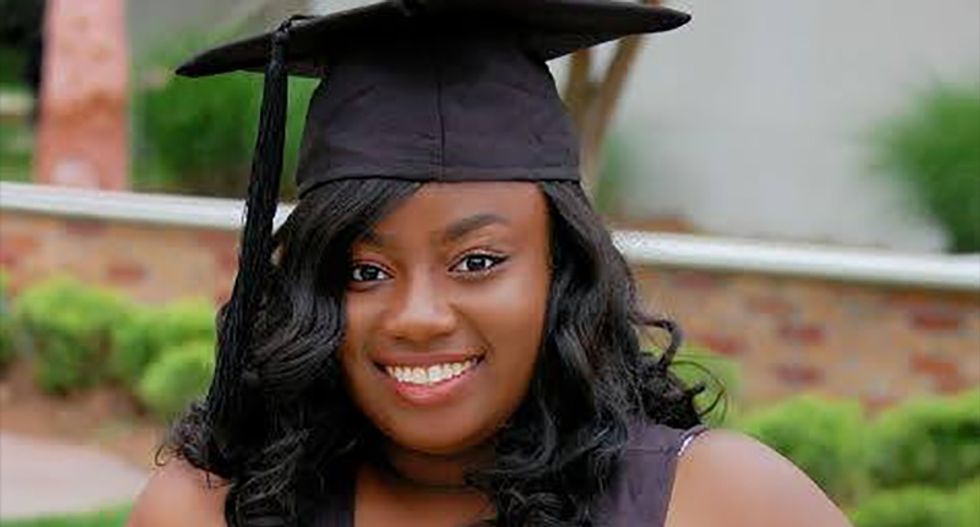 The Internet was outraged after a Black valedictorian in Mississippi was forced to share the stage with a white counterpart who had a lower GPA -- but some were outraged for more nefarious reasons.

According to the Daily Mail, Jasmine Shepard, who was her school's first black valedictorian, has been the target of racist attacks for her and her family's insistence that she be retroactively given the sole honor of valedictorian.

The family's JusticeForJasmine Facebook page, meant as a rallying point for Sherpard's supporters, has also become a venue for racists intent on cutting the shafted valedictorian down even further.

"Stop playing the "I'M BLACK SO I'M SPECIAL" card and put on your grown-up pants," one hateful Facebook user posted.

"You're simply butthurt that another student is white and you feel like you deserve special attention simply based on the color of your skin," another said. Along with multiple uses of racial slurs, one user even claimed that "Black lives don't mean sh**"

Despite the hatred, Shepard responded bravely to the abuse.

"Throughout my life, my parents shielded me from (such) behavior," she wrote on Facebook. "But now I see that I will have to face this head on."

"You can send me these types of messages but those sentiments will not be returned," she concluded.

Along with raising awareness online about their plight, Shepard and her family are also suing their Cleveland, Mississippi school district over the incident.