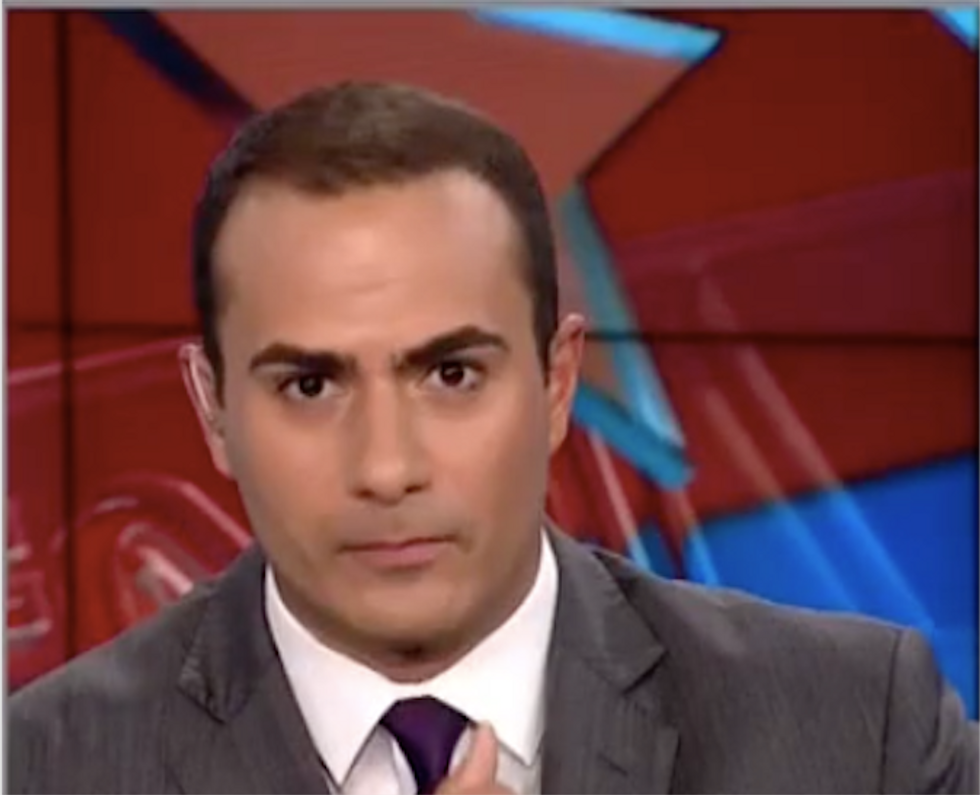 "Reliable Sources" host and media critic Brian Stelter questioned the process by which Trump came by the video and whether he's devoting too much of his time as president to his feuds with the press.

Trump surrogate Jeffrey Lord said that the "liberal media" is giving time to people who say "the Republican health plan is going to kill millions of people." He asked whether that resulted in Rep. Steve Scalise's shooting and if the media should be blamed for it.

Congressional reporter for the Washington Post Karoun Demirjian said that the president is displaying behavior "we would caution even kids on a playground not to engage in."

The Post's David Fahrenthold argued that the media should largely ignore the president's Twitter feed as noise "and cover the stories we want to cover, figure out what's going on in the government and focus on that."

Trump, Stelter said, "is acting like a man with things to hide. By bashing the media every day, he doesn't want this kind of news coverage."

Anchor Boris Sanchez pointed out that a report from one Republican senator said that Trump seems "barely interested" in and "especially confused" about the details of the healthcare bill.

Jeffrey Lord -- an aide to former Pres. Ronald Reagan -- pooh-poohed the idea, saying that they used to say the same thing about Reagan.

We know now from statements by Ronald Reagan, Jr. that Pres. Reagan was showing signs of the onset of Alzheimer's as early as year three of his first term in the White House, appearing "tired and bewildered" when details began to slip away from him.