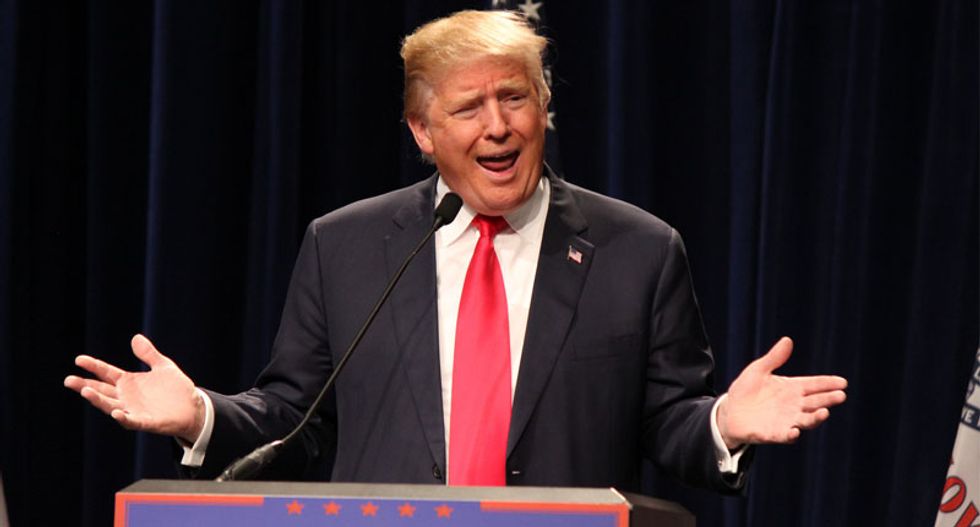 President Donald Trump on Wednesday announced on Twitter that he opposed allowing transgender people to serve in the United States military "in any capacity."

The announcement, which reportedly came after some members of Congress threatened to withhold funding for his border wall unless he announced the ban, caught the military establishment completely by surprise, and the Joint Chiefs of Staff told all branches of the military to hold off on making any policy changes about transgender service members until it received more specific guidance from the White House.

In a blistering op-ed published this week, the right-wing Wall Street Journal editorial board slammed Trump's reckless tweet by pointing out that making major policy changes through hastily written tweets was the height of irresponsibility.

"Notwithstanding that the President dedicated some 520 characters to the U.S. military’s new transgender policy, officials at the Pentagon have expressed some, er, confusion about the details of the directive, whose timing apparently took them by surprise," the editors wrote.

While the editorial board said that it could defend an order restricting the admission of transgender people in the military, it noted that doing so requires an orderly process.

"Issuing a major Pentagon policy change, via Twitter , before anything resembling the details of that policy exists, as happened with the initial travel ban, is awful management," the editors explained. "It diverts and wastes the valuable time of the Administration’s highest officials. It creates (another) political storm and inevitably lawsuits that no one has had time to prepare for. Mr. Trump keeps driving policy like he’s the only person in government—and if he keeps it up, he might be."

Read the whole editorial at this link.