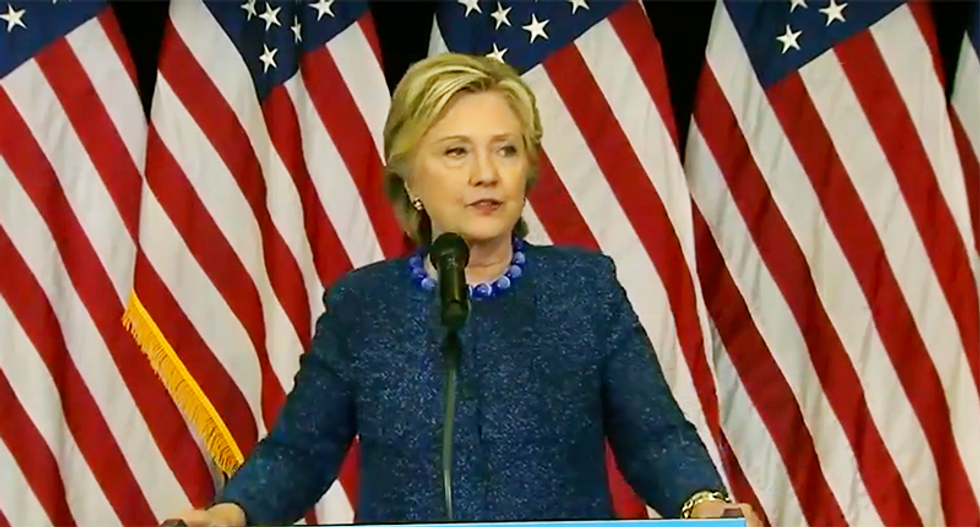 A former staffer from Hillary Clinton's 2016 campaign said it was "surreal" trying to get media outlets to care about Russian election meddling when all they wanted to talk about during the presidential race was hacked emails from the DNC and Clinton's use of a private email server during her time as U.S. Secretary of State.

In an appearance on Huffington Post's "Candidate Confessional" podcast, former communications director Jennifer Palmieri said that Clinton and her campaign were aware that Russia was trying to interfere in the election, but "no one in the press really cared."

"It was so surreal," Palmieri said. "I felt as if I had been catapulted into another dimension where we would have these surreal conversations about the Russians and Trump and Mike Flynn and Carter Page and Donald Trump Jr. saying, ‘We’re really invested in Russia.'"

She recounted how she and Clinton campaign foreign policy adviser Jake Sullivan "went around to all the networks during the convention to do a briefing for them on Russia, about why they needed to take this more seriously."

Instead, she said, they chose to myopically focus on Wikileaks' slow drip, drip, drip of purloined emails and whether or not Clinton violated confidentiality rules by not using a government server for work correspondence.