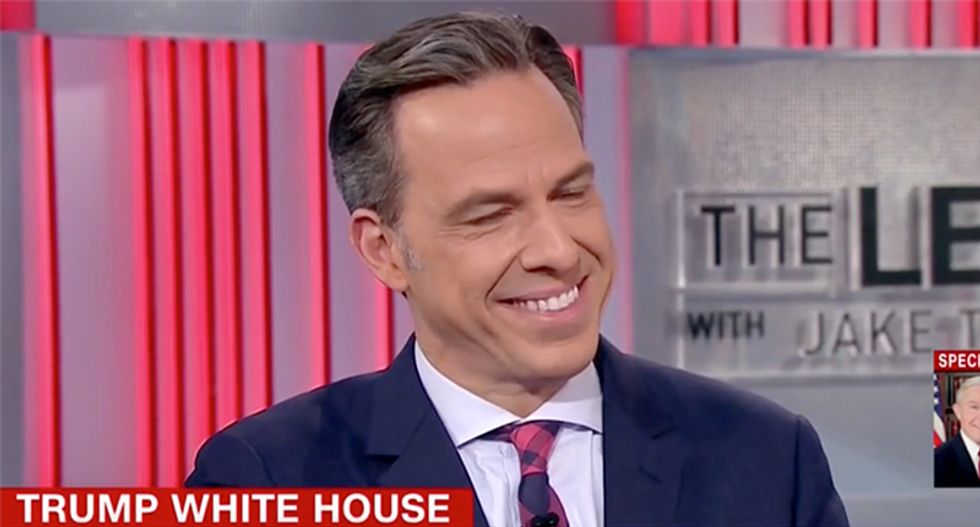 A hilarious mash-up where Scaramucci laid the affection on thick, it also contained the compliment that Trump has "good karma."

"OK, first off, karma takes place in the next life," Tapper schooled the former Wall Street financier, as his panel chuckled.

"This is part of the gig when you work for President Trump, you have to do some of that," said Mary Katherine Ham, explaining the sucking up required by Trump's staff. "I think also when he had that disagreement with him and called him names on Fox Business in the past, there is a part of Donald Trump that you don't get respect unless you push back sometimes. They had that fight back then ask now he's apologizing for it."

Watch the mash-up and the schooling below:

Jake Tapper schools Scaramucci on what 'Karma... by sarahburris