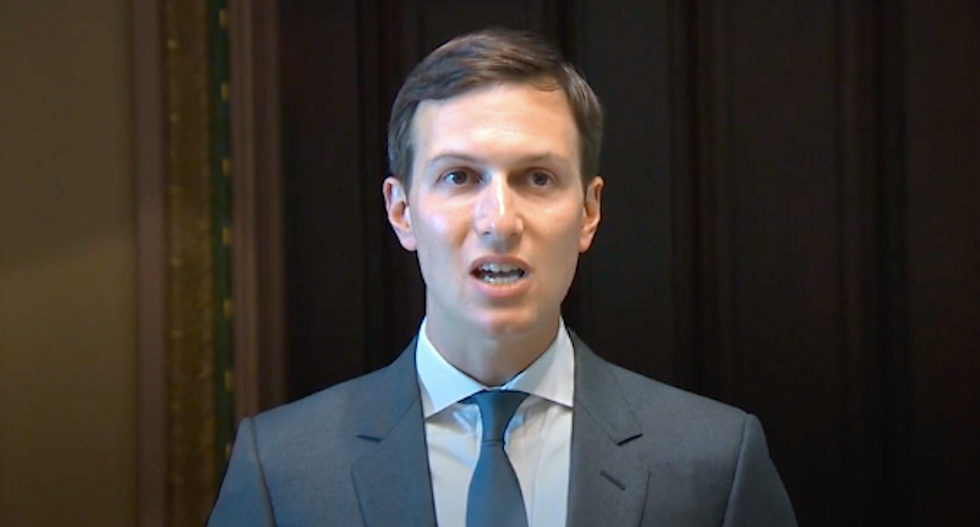 The Trump administration has been more than willing to go along with the Saudi Arabia-led blockade of the nation of Qatar for its alleged financial support of terrorism.

A new report from The Intercept suggests, however, that Trump son-in-law Jared Kushner might have an extra incentive to push for a tough stance against the tiny Persian Gulf nation.

According to The Intercept's sources, Kushner and his family for the past two years have been negotiating with Qatari investor  Sheikh Hamad bin Jassim al-Thani to secure a $500 million investment to help shore up finances on their troubled property at 666 Fifth Avenue in New York City.

"Trump himself has unsuccessfully sought financing in recent years from the Qataris, but it is difficult to overstate just how important to Kushner the investment at 666 Fifth Avenue is for him, his company, and his family’s legacy in real estate," The Intercept writes. "Without some outside intervention or unforeseen turnaround in the market, the investment could become an embarrassing half-billion dollar loss."

The publication also points to reports indicating that Kushner has "played a key behind-the-scenes role in hardening the U.S. posture" toward Qatar, although no direct link between America policy toward the Qatar and the troubled state of the Kushner family's troubled real estate investment has been confirmed yet.

The Kushner family earlier this year was caught on camera using their connections to Jared Kushner to entice Chinese investors to put money into Kushner properties, and the family even dangled the possibility of obtaining EB-5 visas in exchange for their investments.