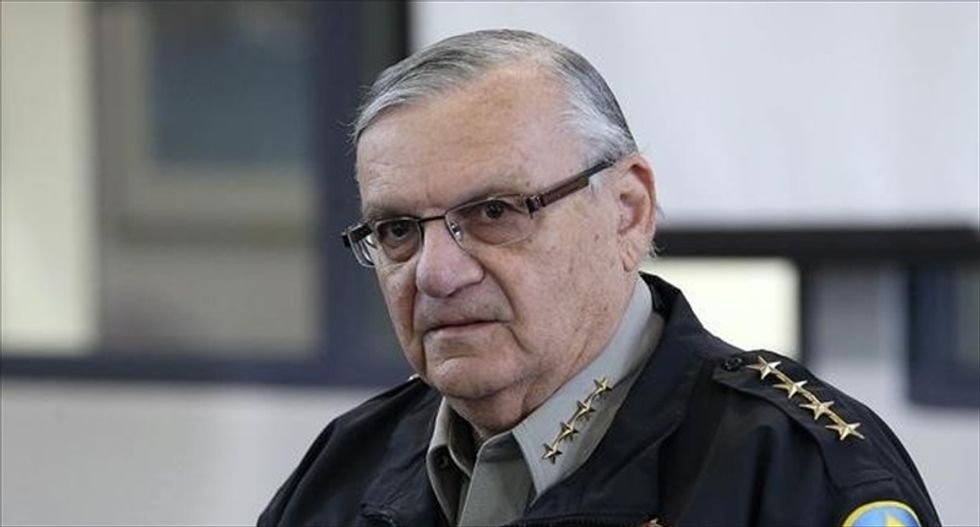 Former Arizona lawman Joe Arpaio, who gained national prominence for his tough stance against illegal immigration, was found guilty on Monday of criminal contempt for violating the terms of a 2011 court order in a racial profiling case.

Arpaio, 85, who lost his bid for re-election as Maricopa County sheriff last November after 24 years in office, faces a maximum penalty of six months in jail and a fine when he is sentenced on the misdemeanor offense on Oct. 5.

Arpaio declined to comment immediately on Monday, adding he was trying to reach his attorney.

Bolton delivered her verdict more than four weeks after the conclusion of a five-day non-jury trial in which Arpaio stood accused of deliberately violating the injunction issued six years ago by another federal judge.

Bolton found Arpaio guilty of contempt for intentionally defying the 2011 court order, which barred his officers from stopping and detaining Latino motorists who were singled out solely on suspicion that they were in the country illegally.

The judge in the underlying lawsuit, brought by the American Civil Liberties Union and others in 2007, held that such traffic stops were a violation of the motorists’ constitutional rights.

But federal prosecutors said racial profiling of Latino drivers continued for about 18 months after the injunction ordered a halt to the practice, with 170 more people wrongfully detained.

Lawyers for Arpaio, a Republican who styled himself as "America's toughest sheriff" for his no-nonsense treatment of jail inmates and aggressive crackdown on undocumented immigrants, argued during his trial that he was merely doing his job.

Arpaio admitted to having inadvertently disobeyed the 2011 injunction but said his behavior did not meet a criminal standard. He said the contempt prosecution was a politically motivated attempt by then-President Barack Obama's administration to undermine his re-election bid.

The former sheriff attended all the court proceedings against him but never took the witness stand in his own defense.

Arpaio already had been cited for civil contempt by another judge in the profiling case. That judge found that his deputies did commit racial profiling during the stops.