John Boyega on lack of diversity in film: 'We can ruffle some feathers' by casting more actors of color 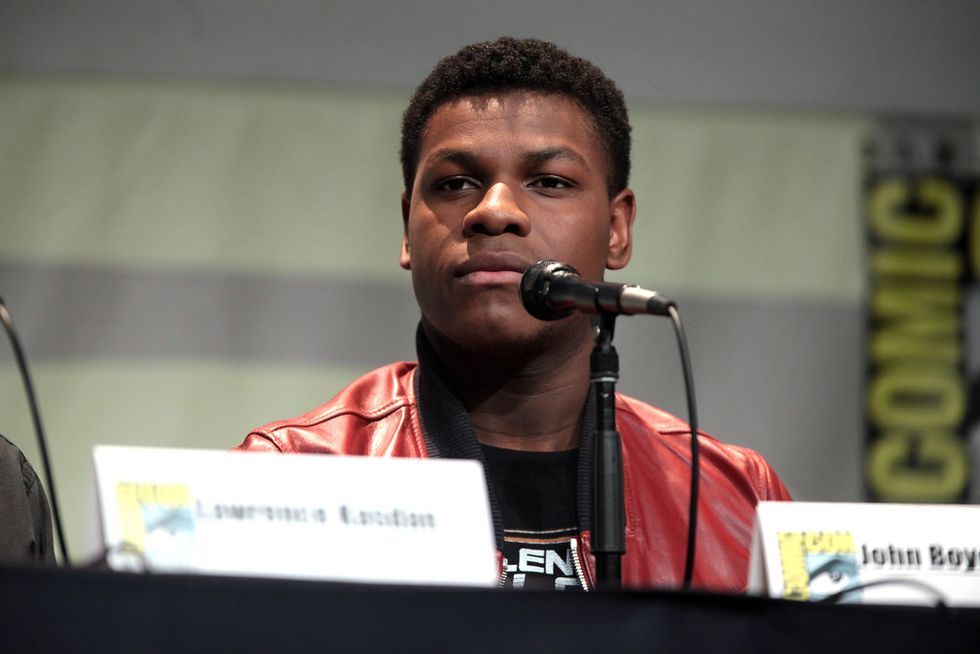 When it comes to Hollywood's lack of diversity, Star Wars' latest star is unequivocal in his condemnation.

"There are no black people on 'Game of Thrones.' You don't see one black person in 'Lord of the Rings,'" Boyega told GQ. "I ain't paying money to always see one type of person on-screen."

Boyega, whose breakout role in Star Wars: The Force Awakens propelled him to fame, came forward about Hollywood's need for more actors of color in his interview -- a topic he knows well, given that he was the first black main character in the Star Wars franchise and his casting caused a stir among less progressive fans.

"You see different people from different backgrounds, different cultures, every day," Boyega, a native Londoner, said in his interview. "Even if you're a racist, you have to live with that. We can ruffle up some feathers."

Boyega's character, a reformed stormtrooper named Finn who joins the Rebel Army, has also been the subject of speculation regarding his sexuality -- many fans hope to see Finn and Oscar Issaac's character Poe Daemeron get together.