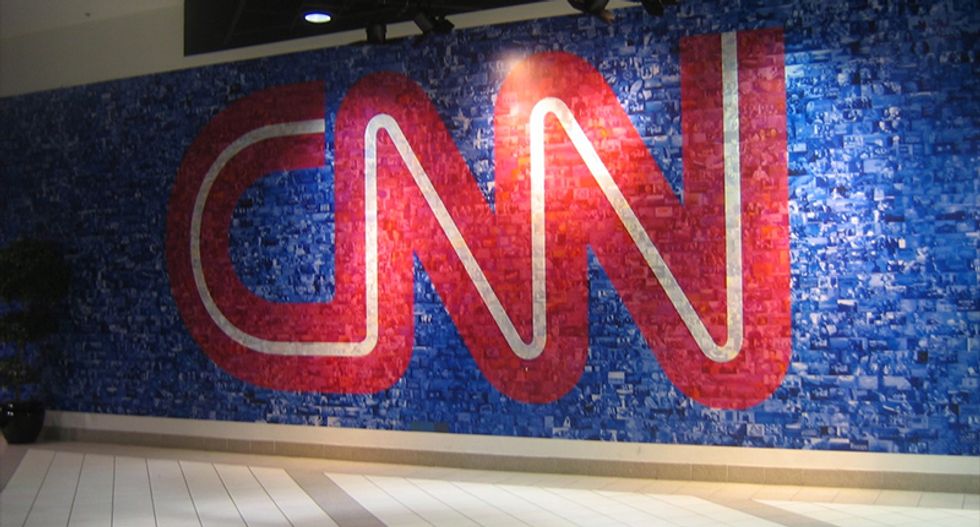 Andrew Kaczynski is suffering from death threats to him and his family and being attacked by journalists and conservatives all over the internet. But the sentence that they say proves Kaczynski blackmailed "HanAs*holeSolo" was never written by the reporter to begin with.

A Gizmodo report Thursday revealed the passage was written by a network executive as a means of defense to explain the way the network sourced its decision. Sources told Gizmodo that the responses have all been based on false assumptions about the story.

"HanAs*holeSolo" had apologized shortly after Kaczynski discovered his identity and Kaczynski had already emailed the man. He then confirmed his name and Kaczynski said that he would not publish the man's real name.

The part of the story that explains the decision was worded so poorly that the awkward phrasing seemed like blackmail to some.

CNN is not publishing “HanA**holeSolo’s” name because he is a private citizen who has issued an extensive statement of apology, showed his remorse by saying he has taken down all his offending posts, and because he said he is not going to repeat this ugly behavior on social media again. In addition, he said his statement could serve as an example to others not to do the same.

CNN reserves the right to publish his identity should any of that change.

None of those words above were written by Kaczynski, despite it running under his byline. Thus, it fell to him to defend the executives' decision to include that passage.

"This line is being misinterpreted. It was intended only to mean we made no agreement [with the] man about his identity," Kaczynski attempted to explain on Twitter.

A CNN source told BuzzFeed “someone [inserted the language] as a safeguard and it backfired.” The language suggests it could have been worked out by lawyers.

The Intercept’s Glenn Greenwald nailed it when he wrote, “The most offensive passage here — ‘CNN reserves the right to publish his identity should any of that change’ — sounds like classic lawyer language that executives or corporate lawyers would demand be included. It does not sound like something a typical journalist would write on their own.”

Five people corroborated the story that the passage did not come from Kaczynski. According to Gizmodo those sources say that it was written and proposed by Richard “Rick” Davis, the network's Executive Vice President of News Standards and Practices. The statement was added in the final stage before publication. The story went through several other editors as part of the process at CNN and no one flagged the language as being problematic.

News of "HanAs*holeSolo’s" was already breaking and CNN wanted to publish the pieces as quickly as possible given the apology was live. At no point did Kaczynski’s team at the KFILE have any intention of naming "HanAs*holeSolo," in large part because they didn't see his identity as a major part of the story. Instead, their focus was the track the GIF took from Reddit to President Donald Trump's Twitter account and the role Trump's social media director, Dan Scavino, had in finding it and creating it.

Because the White House denied finding the graphic on Reddit, it made "HanA*sholeSolo's" identity irrelevant.

Still, the right-wing ran with conspiracy theories and crafted others about "HanAssh*leSolo" being a gay minor of only 15-years-old.

While many at CNN argued Davis's language was poorly written, the executive leadership was slow to agree to remove the passage or clarify the meaning. They felt any edits to the story would be an admission of guilt, which would only lead the right-wing to further conspiracy theories. Removing it now would appear the network didn't trust the judgment of its own network leadership. So, they released a statement instead, which frustrated many of the sources familiar with the editorial process of the network. The explained that many of the CNN heads aren't regular users of social media, which was where the backlash was coming from. Davis does not appear to have a Twitter account.