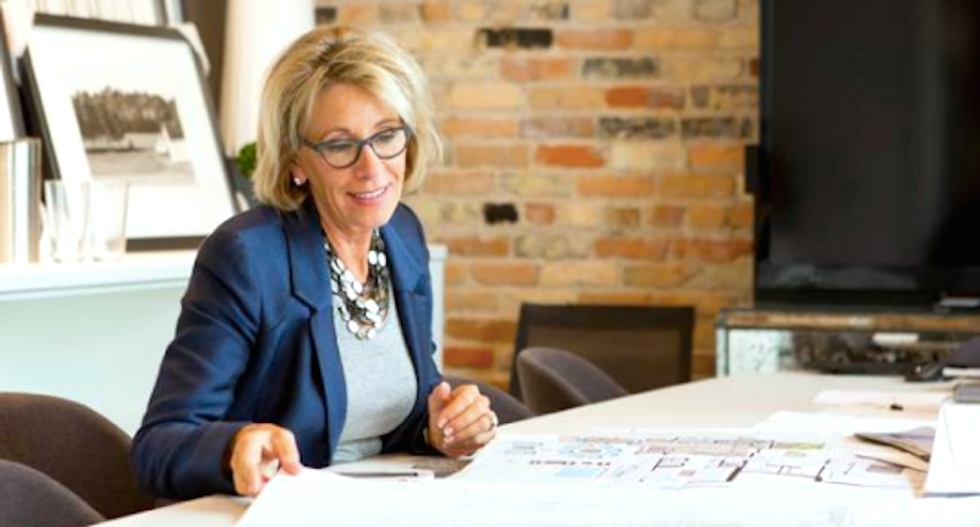 "These are godly individuals that God has risen to a position of prominence in our culture," said Capitol Ministries president and founder Ralph Drollinger. According to CBN, the majority of the cabinet officials attend a frequent Bible study class, that is the first of its kind in at least 100 years.

He has long maintained that changing the hearts of lawmakers to see a Christian worldview could guide them to making good policies. While he doesn't lobby on behalf of peace or advocate policies that would fit a Jesus-like agenda, he has started a Bible study group in 40 state capitols as well as foreign capitols. He teaches weekly Bible study classes for the U.S. House and Senate and now leads a group of nearly all of Trump's cabinet officials.

The most notable, however, is Attorney General Jeff Sessions.

"He'll go out the same day I teach him something and I'll see him do it on camera and I just think, 'Wow, these guys are faithful, available and teachable and they're at Bible study every week they're in town,'" Drollinger said of his influence.

Trump, however, is in an entirely different category. While the president is always invited to the groups, Drollinger doesn't disclose that he's attended, only that he's been invited. He also sends a copy of the teaching each week to the president.

"I don't think Donald Trump has figured out that he chained himself to the Apostle Paul," Drollinger said, though it isn't clear who the "Paul" is in this analogy. It's doubtful Trump would get the reference either given his confusion about popular Biblical texts.

Vice President Mike Pence does plan on attending in the future as his schedule permits and he serves as the sponsor of the group.

Drollinger sees Pence as a character like biblical stars Joseph, Mordecai and Daniel, all of whom rose to stand beside heads of government in history. Though Joseph is known for always doing the moral thing. Mordecai almost pushed his cousin into slavery. And Daniel committed crimes to avoid committing biblical sins.

"Mike Pence has respect for the office. He dresses right - like it says Joseph cleaned himself up before he went to stand before the Pharaoh," Drollinger explained to CBN. "Mike Pence has uncompromising biblical tenacity and he has a loving tone about him that's not just a noisy gong or a clanging cymbal. And then fourthly, he brings real value to the head of the nation."

Drollinger sees Trump as the biblical character Samson, who is known for the source of his strength coming from his hair. Jn Judges, Samson is an immoral person who does little more than slaughter and betray people.

"I just praise God for them," Drollinger continued. "And I praise God for Mike Pence, who I think with Donald Trump chose great people to lead our nation."