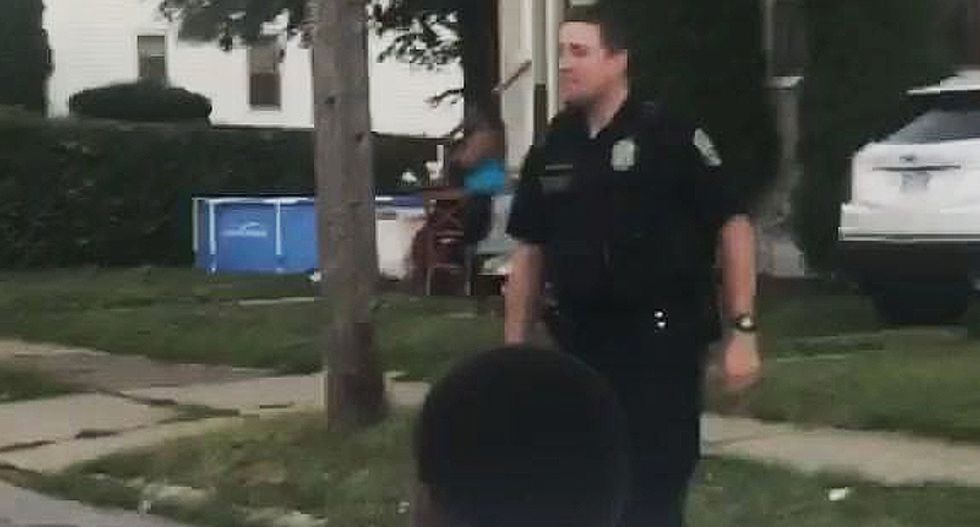 One Buffalo cop is being praised because he joined a group of African American teens playing football instead of shooting them.

After a noise nuisance call came in about kids playing ball in the streets, police Officer Patrick McDonald walked from his car immediately asking the kids "Where are we lining up?"

Videos of the game are going viral, especially the video that shows his response after makeing an excellent catch, NYUp.com shared.

"Do you guys want me to file a police report, because you just got robbed?!" he said. The officer then pulled away in his cruiser.

Videos on Facebook have been shared over 1,000 times and celebrated by Buffalo Mayor Byron Brown who called it "Community policing at its best."

"I applaud Officer Patrick McDonald for turning a nuisance call into a positive experience for the community," Brown continued. "I am proud that he is on the force & thank him for setting an example of why we truly are The City of Good Neighbors."

Officer McDonald told WGRZ-TV that he didn't play with the boys for any kind of attention he just wanted to have fun and build a relationship with the citizens he's tasked with protecting.

"It helps break down the barrier, this 'us versus them' barrier," he said. "And, at the same time, it shows that police officers empathize with the general public, and that we have a lot of common interests, like playing football."

One of the young men in the video shared it with the hashtag #NotAllCopsAreBadIGuess. McDonald scored the Citizen of the Month award after the incident.

Minnesota police are under fire after killing a woman while responding to a disturbance was shot by police. Another man in Houston, Texas was shot after a noise complaint in April.

Watch some of the videos below: