‘Nothing short of disgusting’: Morning Joe rips Trump for attacking intel and media 'on foreign soil' 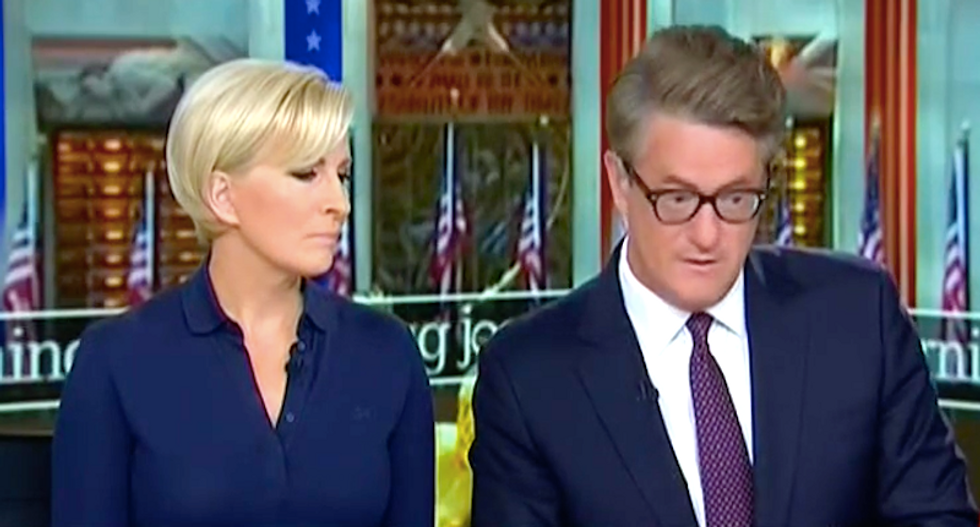 President Donald Trump's overseas trip to take part in the G20 summit is already off to a bad start, according to MSNBC's Joe Scarborough -- and the stakes couldn't be higher.

The president attacked CNN and NBC News during a press conference alongside Polish President Andrzej Duda, and he questioned U.S. intelligence reports blaming Russia for meddling in the presidential election.

"For him to attack American institutions two days after the Fourth of July on foreign soil, the day before we meet America's chief adversary, is nothing short of disgusting," Scarborough said.

Co-hosts Mika Brzezinski and Willie Geist agreed the president's comments on those institutions were a "riff," and not prepared remarks -- which raised concerns about his planned meeting with Russian President Vladmir Putin.

"He cannot let any slight go unpassed," Geist said. "He had to talk about Russia but remind the world, as he spoke at that podium next to the Polish president, that it was not he, but President Obama who had a chance to do something about it."

Scarborough and Geist agreed it's fair to criticize Obama's handling of Russian interference, but he faulted Trump for bringing it up from Poland, and a day before meeting with Putin.

"That's not the forum to bring that up," Geist said.

Richard Haas, an MSNBC contributor and president of the Council on Foreign Relations, said the president had undermined the credibility of U.S. intelligence agencies during a dangerous time.

"We're about to have a conversation with the world where we are likely to be saying, 'Here's what we know about North Korea,' and this is going to be based on American intelligence," Haas said. "We're going to be trying to rally international support for whatever it is we do diplomatically or, conceivably, militarily based on American intelligence findings. It's just an odd time to basically be saying, 'You can't believe the CIA, you can't believe the U.S. intelligence community about Russia or about Iraq.' This is an odd way to tee up international support."