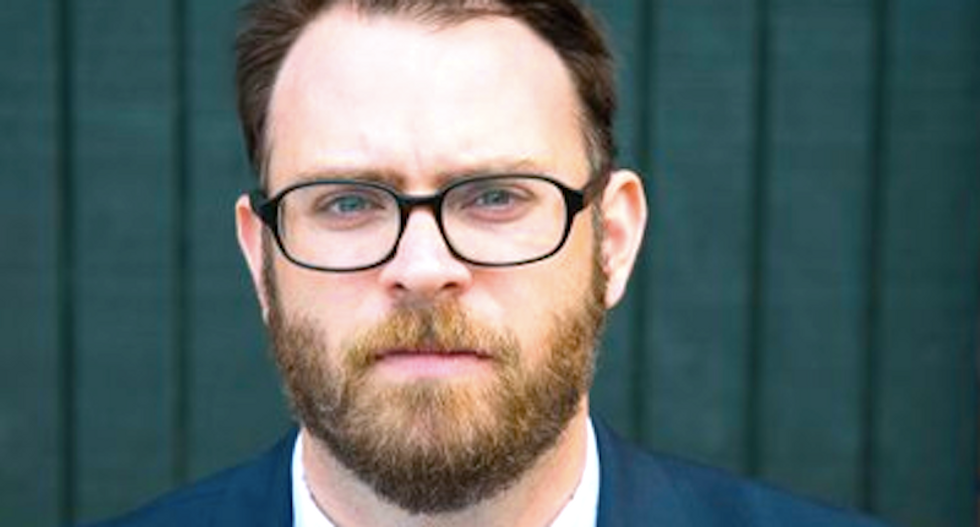 The reporter who revealed the "obviously racist" and antisemitic Reddit user who created the animated image of President Donald Trump body-slamming CNN has been deluged with death threats.

Jared Yates Sexton, a journalist who teaches writing and linguistics at Georgia Southern University, reported Sunday that the president had shared an internet meme created by a Reddit user called "HanAssholeSolo."

That person made frequent racist and threatening posts on Reddit, including one earlier this month identifying Jewish employees of CNN.

Sexton tweeted Monday that he had gotten numerouts threats -- often accompanied by antisemitic and Nazi themes -- since revealing the meme's creator.

In the wake of that, I received numerous threats. I was told people wanted to shoot, strangle me, hang me, throw me out of a helicopter 3/
— Jared Yates Sexton (@Jared Yates Sexton) 1499087079.0

"Now articles are showing up on Neo-Nazi websites, there are videos spliced with Goebbels telling me not to test his patience," Sexton tweeted. "That one also has footage from Natural Born Killers of a journalist being executed by shotgun. On forums, under my tweets, there's a list of excerpts from newspaper articles about journalists being slaughter, the details gory."

CNN contributor Ana Navarro warned Sunday that Trump's tweet was an incitement to violence, and she worried that the president's supporters would eventually act on his encouragement.

"This is just going way too far," the conservative commentator said. "The president of the United States is inciting violence against the free press. In America, we cannot stand for it.”

Sexton said some people had accused him of making up the threats, followed by a threat of their own.

"This environment is the creation of the man in the White House," Sexton said. "There are valid criticisms of the media, many on point, this isn't that. When you start calling a group of people enemies of the country, this is what happens. When you call them scum, this happens."

He laid some of the blame at the feet of InfoWars' radio host Alex Jones, who tells his listeners the mainstream media are pedophiles and Satan worshippers.

"Everyone keeps bringing up the shooting in Virginia," Sexton said. "In a way, they're right. That's what happens in this environment. This shouldn't be a country where these violent instincts are cultivated and encouraged. We're at a real tipping point right now."