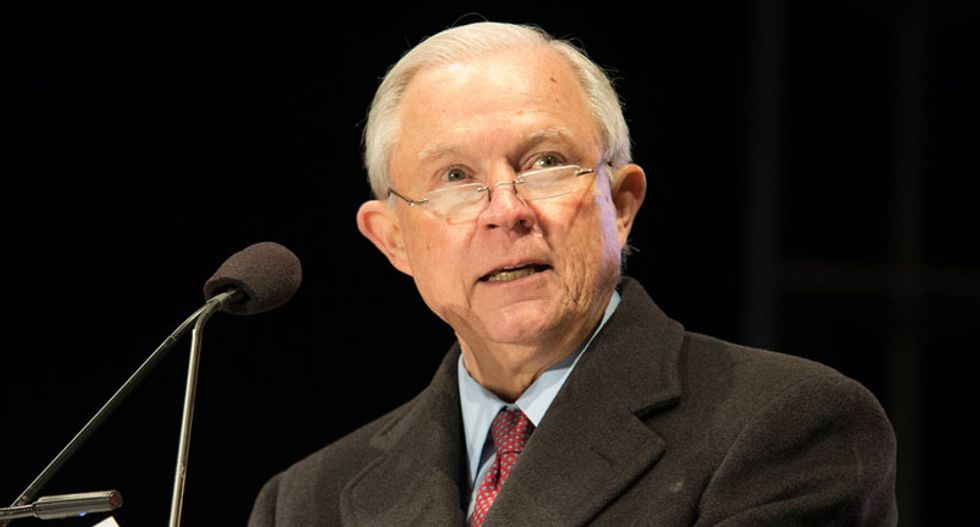 Sessions is not in President Donald Trump's good graces currently, but has suggested that he would stay on as AG until it is no longer "appropriate." Trump told the New York Times this week that he was furious with Sessions for recusing himself from the Russia investigation after he was appointed and took office. Trump suggested had he known that he would not have appointed Sessions.

Kislyak was overheard by U.S. spy agencies while he was informing his bosses that he had indeed discussed campaign-related matters with Sessions. That also included issues that were important to Moscow.

CNN's Gloria Borger spoke with a source close to Trump, who said that this is something that the president would find "stunning." But if the report is true, the recusal certainly makes sense.

Kislyak’s recalled two conversations with Sessions. The former Alabama senator first didn't disclose his contact with Kislyak during his confirmation hearing. He later claimed that the meetings weren't about the Trump campaign. However, now it seems they were.

The Post cited a U.S. official who explained that this means Sessions has knowingly given “misleading” statements that have been “contradicted by other evidence.” They also quote a former official who called this new evidence proves that the conversation was “substantive” one.

"Jeff Sessions is now not only in trouble with his job but with the law," said CNN's Dana Bash on Friday.