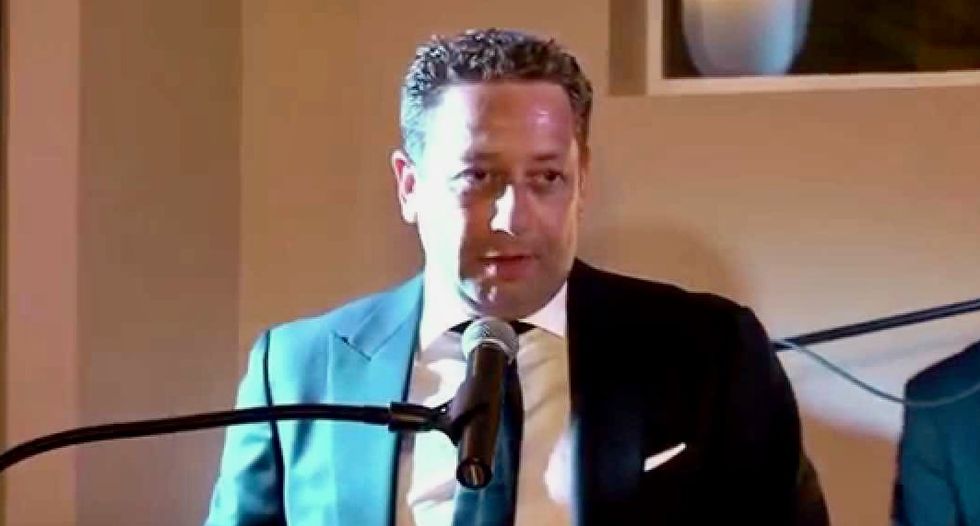 Felix Sater, a Trump-linked Russian-born businessman who in 1998 pleaded guilty to taking part in a mafia-related stock fraud scheme, is now cooperating with an international investigation into an alleged money laundering network.

Sources tell the Financial Times that Sater is "working with a team of lawyers and private investigators pursuing civil cases across three continents" against "a Kazakh family accused of pumping dirty money into US property."

Sater's financial relationship with Trump dates back to at least 2003, when the Trump Organization rented out office space to Sater's former company.

Even though Trump initially tried to distance himself from Sater after news of his criminal past came to light in 2007, he subsequently tapped Sater in 2010 to scout out real estate. Additionally, Sater presented clients with business cards that claimed he was a senior adviser to Trump, and his office was on the same floor as Trump's office in Trump Tower.

Trump himself is not the target of this particular money laundering investigation, but the Financial Times notes that "the eight-year investigation has already offered a rare glimpse of the inner workings of a US real estate market that US Treasury Department officials warn is awash with dirty money" and "has raised questions about what steps Mr Trump has taken to check whether tainted funds are coursing through his properties."