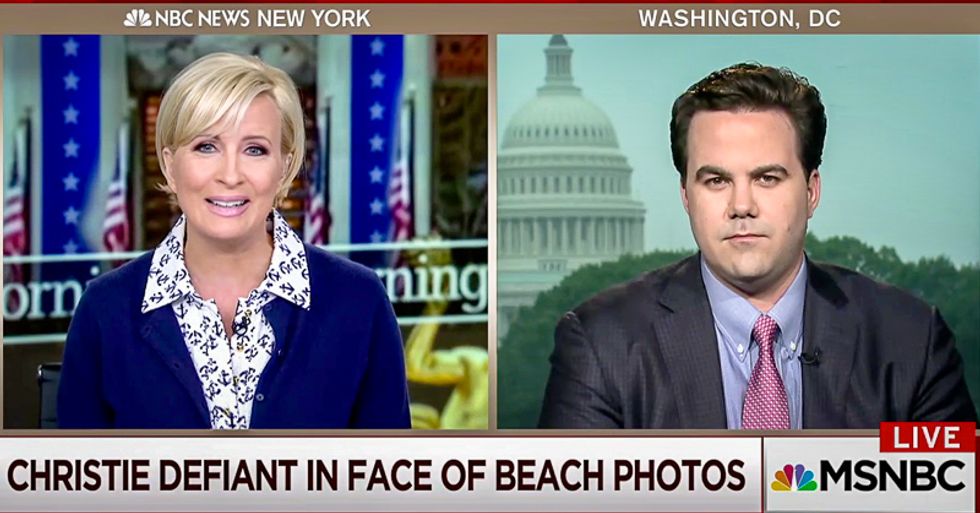 MSNBC host Mika Brzezinski tore into New Jersey Gov. Chris Christie (R) for making use of a beach that he had forced the state to close during budget negotiations.

Washington Post reporter Robert Costa asserted that defiance had been a hallmark of Christie's time in office.

"This defiance is at the core of his political persona," he explained. "It was really at the heart of why he became a Republican star."

"You've got to be defiant about the right things," Brzezinski insisted. "Being defiant about taking your family on an elite journey to the beach that nobody else can go to in your government mansion?"

Watch the video below from MSNBC, broadcast July 5, 2017.