'The president hires all the best people': Sarah Sanders bizarrely defends Trump's attacks on his own staff 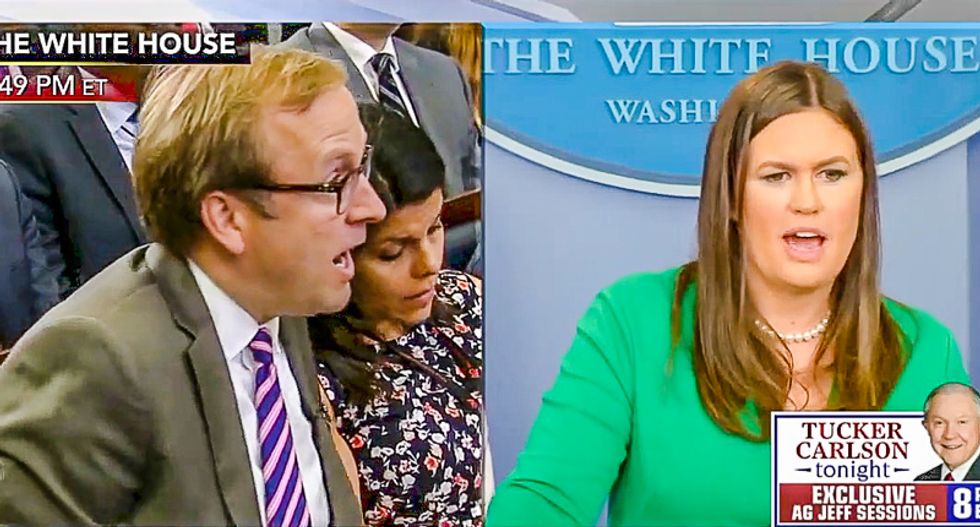 White House acting Press Secretary Sarah Huckabee insisted on Thursday that President Donald Trump has confidence in all of his staff until he says otherwise.

"If the president doesn't then he'll make that decision," Sanders said. "We all serve at the pleasure of the president. And if it gets to a place where that isn't the case, he'll let you know."

"So you can't say right now that the president has full confidence in Chief of Staff Reince Priebus?" Karl pressed.

"This is a White House that has a lot of different perspectives because the president hires the very best people," Sanders insisted. "There are going to be a lot of different ideas, unlike previous administrations, this isn't groupthink."

"The people that are here are here because they love the president," she added. "They love this country and they want to see the best things happen."