'This is Trump territory': California lawmakers under racist attacks demanding they 'hurry up and die' 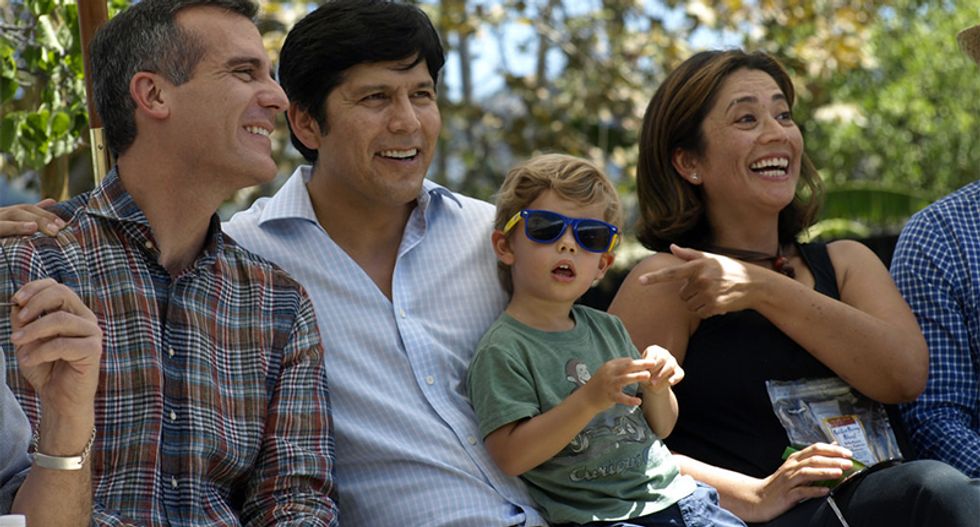 A recent profile in the Sacramento Bee revealed that the latest letter is addressed to "Corrupt Mexican" and ends with the line: "hurry up and die." It was signed "White Power." It certainly wasn't the first, nor will it be the last hateful letter sent to leaders of color in the state's capitol.

Since his freshman year in the Assembly, de León has been attacked with derogatory comments and ethnic slurs. However, since the 2016 election, they've gotten worse and more frequent.

It isn't just him either state Sen. Ricardo Lara (D-Bell Gardens) was attacked by a stranger screaming profanities and ethnic slurs in his face. State Sen. Holly Mitchell’s Los Angeles office gets calls at least once a month calling her the N-word. It never happened before the 2016 election, a staffer said.

“We dealt with it pretty much throughout my entire tenure,” said former Assembly Speaker Fabian Núñez to the Sacramento Bee. “The more high profile you are, the more of these attacks you get.”

De León received one letter in April from a person claiming to be a “decorated U.S. Marine sniper,” who bragged he left no DNA or fingerprints on the letter. It threatened to hunt down liberal legislators like dogs.

“Not today, not tomorrow, maybe in 15 years when you feel safe, I will be your worst nightmare come true,” the letter read.

Arthur Schaper, a frequent attendee at Democratic town halls ,once yelled at de León “cities are for citizens!” He did so while wearing a "Make America Great Again" hat from the Trump campaign.

“Trump has excited so many disaffected conservatives and angry citizens in general,” he told the Sacramento Bee. “More people are getting out there. They’ve seen the damage that has been done to this country by eight years of radical leftism from the Obama presidency.”

He was quick to clarify that he isn't a racist and doesn't know of any racist comments he has posted or sent to leaders. Instead, his affiliations are isolated to anti-immigrant groups and those that advocate nationalism like "Well the People Rising," American Children First and The Remembrance Project.