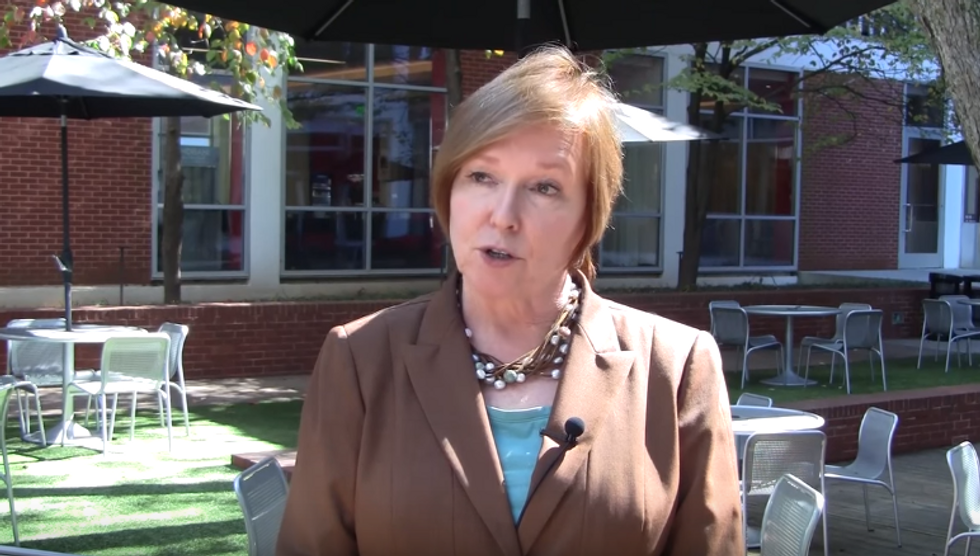 The Trump administration on Friday announced that it was appointing Brenda Fitzgerald, who has served as Georgia's Public Health Commissioner since 2011, to be the new director of the Centers for Disease Control and Prevention.

While Fitzgerald is widely respected in public health circles, she is highly controversial among a certain segment of President Donald Trump's base: Anti-vaccination activists who had previously been encouraged by Trump's public denunciations of mandatory vaccination programs.

Jake Crosby, who runs the Autism Investigated anti-vaccination website, warned Trump last week that he would be betraying his anti-vaxxer supporters if he appointed Fitzgerald to head CDC.

In particular, Crosby pointed out that Fitzgerald recently wrote that all studies that have purportedly linked childhood vaccinations with autism had been "debunked."

"If you want a genuine vaccine safety commission as you promised Robert F. Kennedy Jr., it will not work with federal agency heads all wanting to keep the status quo," he wrote. "You have already appointed someone to run the FDA who has testified that he will challenge you on vaccine safety. There was no major outcry then because, unlike CDC, FDA does not dictate federal vaccine policy."

An anti-vaccination blogger named Levi Quackenboss, meanwhile, was slightly more charitable than Crosby was to Trump's choice of Fitzgerald, although they still made clear they did not approve of the decision in the slightest.

"I don’t know why she’s been appointed," they wrote. "I watch House of Cards so I can only imagine the deals that go down before this kind of decision is made."

On Twitter, meanwhile, assorted anti-vaxxers have taken turns raking Trump over the coals for his decision to appoint Fitzgerald to run CDC.

@realDonaldTrump @SecPriceMD We do NOT want Brenda Fitzgerald for the CDC! We need to have vaccine choice in a free country.
— Tab Sco (@Tab Sco) 1499361919.0