Trump just wasted $400,000 of taxpayer money to fly back to Washington to attend a concert 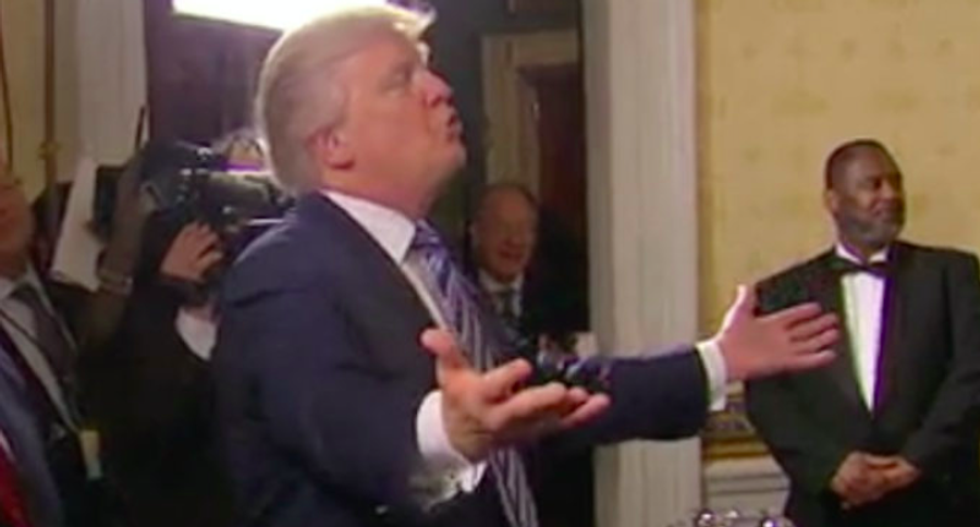 President Donald Trump has been criticized for millions of dollars in taxpayer money he has wasted traveling to his properties in Florida and New Jersey every weekend to golf. However, Trump has taken his waste even further by flying back to Washington, D.C. for just a few hours for a concert at the Kennedy Center.

According to White House public schedules, Trump flew to Bedminster, New Jersey Friday at 4:20 p.m. Friday afternoon. Public schedules for Saturday, July 1, 2017 reveal Trump will leave New Jersey for Washington a little over 24 hours after arriving. This all to attend the Celebrate Freedom Rally at the Kennedy Center, and fly back to New Jersey for the night. Trump is then expected to return to Washington Monday evening before the Independence Day festivities.

According to a Business Insider report, it costs approximately $200,000 an hour to operate Air Force One, which means Trump has cost taxpayers a minimum of $400,000 to attend the Saturday rally.

Trump has been criticized since taking office for spending each weekend costing taxpayers millions so that he could take the weekend off at his resorts.

“Can you believe that, with all of the problems and difficulties facing the U.S., President Obama spent the day playing golf,” read one Trump tweeted in 2014.

“The habitual vacationer, @BarackObama, is now in Hawaii,” he tweeted in 2011, alleging, “This vacation is costing taxpayers $4 million.”

If Trump had stayed in Washington D.C. for the weekend, he would have saved taxpayers over $800,000 in flights and likely more in security costs by staying at the White House. Reports reveal Trump surpassed one year of former President Barack Obama's travel costs in one month.

At the same time, the New Jersey state government is shutdown due to a budget crisis.

Getting rdy to leave for tonight's Celebrate Freedom Concert honoring our GREAT VETERANS w/ so many of my evangelic… https://t.co/shfTAoMJry
— Donald J. Trump (@Donald J. Trump)1498945112.0